Analysts at Bank of America (BofA) have warned that a build-up of capital in the reinsurance industry could begin to undermine pricing discipline over time. 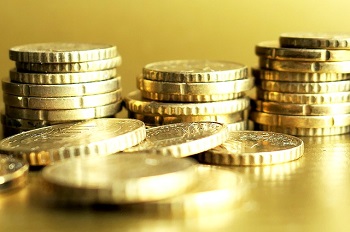 BofA noted that capital is building in both the traditional and insurance-linked securities (ILS) sections of the reinsurance industry, and expressed concern over a possible knock-on impact on pricing.

However, it added that discipline is likely to remain high in the near-term due to uncertainty about inflation and recent large loss experience.

“We expect rate increases to remain attractive for 2022 and assume rate increases to be in line with claims inflation from 2023 onwards, which is a reflection of improved (underlying) underwriting returns and building capital,” analysts stated.

Looking at the European reinsurance market specifically, BofA observed that over the past five years headline combined ratios have been in line with or worse than underlying combined ratios, driven by poor large loss experience.

Underlying combined ratios have steadily improved since 2017 and are well on track to reach below 97%, compared to 105% in 2017.

This is a material improvement and shows strong underlying trends as a result of improved pricing, but BofA warns that investors have not seen tangible benefit from this over the past years as a result of outsized large losses.

With increased efforts to address some of the large loss issues, it estimates headline combined ratios to reach 93% over the coming years, which would imply the best underwriting performance since 2015.

BofA believes that the April renewals generally developed favourably for reinsurers, with slightly higher risk-adjusted rates, but it says rate increases are likely to be less than at the 1/1 renewals and lower than anticipated for the upcoming June and July renewals.