L&G Re, the global reinsurance arm of L&G, has experienced rapid growth in recent years, and the life reinsurer’s increased focus on advanced technology points to continued expansion for the company and the wider pension risk transfer (PRT) market, according to Chief Executive Officer (CEO), Thomas Olunloyo. 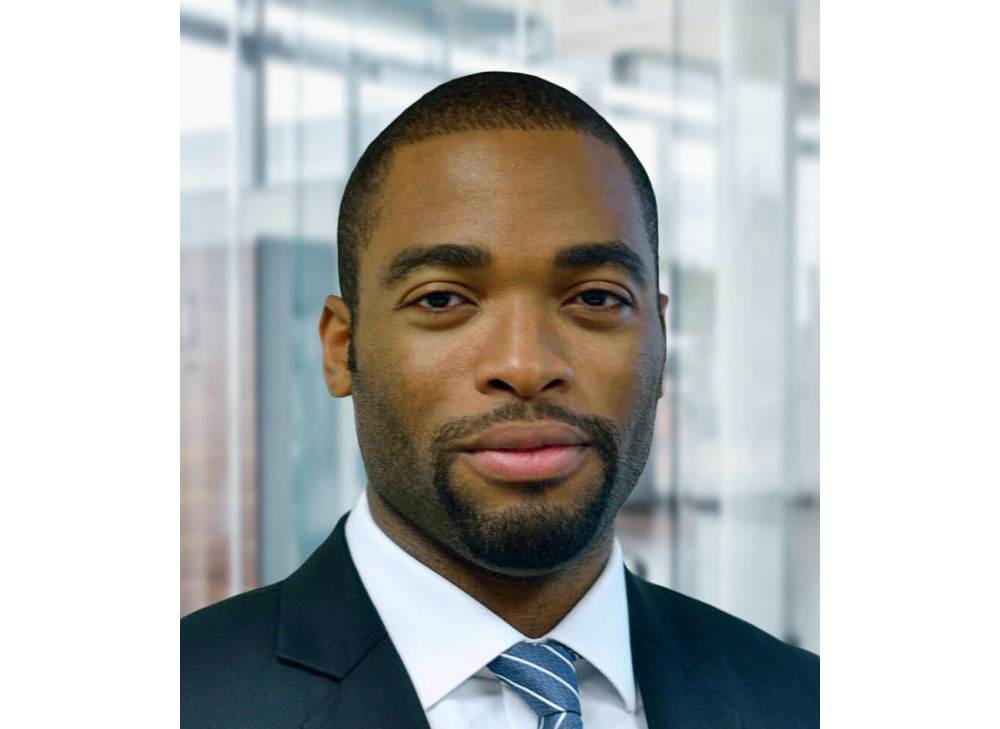 In an interview with Reinsurance News, Olunloyo discussed the potential for innovative technologies to push the boundaries of the PRT space, alongside L&G Re’s entry into the Canadian marketplace and what might be in store over the next 12 months or so.

Olunloyo joined L&G Re in Bermuda in 2014 as part of the original leadership team, before transitioning to CEO in 2017 with a mandate to grow the company’s PRT business outside of the UK and the U.S.

The company has expanded rapidly, turning into a £20 billion company over the past few years.

But despite the impressive figures, the things L&G Re has done that Olunloyo is most proud of, is on the technological and innovation side.

“We launched our blockchain platform for PRT business last year with Amazon, which was a process of over two years in development. And, since then we’ve also launched an internal automation platform that remove the complexity of valuing long-term PRT liabilities to do it in a fraction of the time.

“So, all of those things allow us to create what I like to think of as exponential team, which allows us to deliver outsized value and ultimately deliver great solutions for our clients,” explained Olunloyo.

L&G Re’s estua-re is the first PRT reinsurance platform to be powered by blockchain technology.

Designed to replace multiple processes and systems traditionally utilised to support every part of the PRT reinsurance value chain, L&G Re developed the platform to run on Amazon Managed Blockchain (AMB), which enables efficient management of the blockchain network.

Currently, L&G Re is using the platform to manage its Canadian business, and will be rolling it out to its Irish business over the coming months, with anything the life reinsurer does from this point being on the blockchain.

In terms of both efficiency and security, said Olunloyo, the platform has met expectations.

“We have some really good ideas of how it can be extended. And, the ambition of course is to get as many people on a similar platform as possible.

“Blockchain uses distributed ledger technology and so the more parties you have using it, the more nodes in the network, the more powerful it is. So, it has been great for our business, but I think it will be even more impactful once it’s more widely used in the industry,” he said.

Adding, “It has some very unique features that other technologies just don’t have. Again, it comes down to what individual companies see as important and valuable. But, I’m very passionate about DLTs (distributed ledger technology) and blockchain in this space, and I’m hoping that we can see a more rapid adoption.”

As explained previously, L&G Re is leveraging the blockchain platform to write its Canadian business, a market it entered in April of last year via a CAD 200million (£114 million) PRT deal.

Olunloyo told Reinsurance News that for L&G Re, Canada is a very exciting market and one that has been growing fairly rapidly over the last five or so years.

“It has a lot of the same features as we see in the UK and the US, so we think we are able to take our skillset and succeed in that market long-term. So, doing the first deal last year was a great success for us to demonstrate that all of the work that we’ve done, in learning the market and designing our product to suit the market needs was correct, and that validation is really rewarding,” he explained.

Both Olunloyo and L&G Re have entered new markets before, and the CEO underlined the importance of really understanding the market and how it operates.

“You do your homework right and understand what the needs of the customers in that market are. You don’t assume, you find out. You don’t take for granted, you validate. Once you get to that stage, then ultimately you are able to hopefully deliver successful products into the market and have a good chance of long-term growth.

“So, that’s where we are right now. We aim to continue writing in the market as it grows, and we see a lot of upside there as we do see in the U.S. and UK as well,” said Olunloyo.

Canada is the number three global PRT market and as such, it made sense for L&G to choose this jurisdiction as its new market after success in both the UK and the U.S.

However, one of the firm’s main goals is to guarantee the promises that companies have made to their employers, and the reinsurer wants to do that in the markets where there are significant pension promises.

“We want to be able to take our product and our skillset to markets where they’ll be most impactful. It makes sense that we focus on Canada right now, but there are other markets out there as well. And, ultimately at the right time, if we see the opportunity then that is something we’ll look into,” he said.

“Certainly, we’ll see further growth. We’ll see further success in our international markets of Canada, primarily, and also delivering great customer solutions for our clients around the world, using our innovative technology, be that blockchain or in automation.”