Protectionism a challenge for re/insurers in emerging and mature markets

Protectionism in the global insurance and reinsurance industry is often described as a hindrance to both emerging and mature market development, and despite the EU/U.S. covered agreement and other positive regulatory changes across the world, protectionism remains a challenge for industry players. 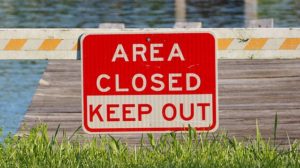 Protectionist measures in the insurance and reinsurance industry were recently highlighted by international law firm Hogan Lovells in its 2018 Insurance Horizons report, which explores protectionism in emerging markets, the UK’s impending departure from the EU, and the EU/U.S. covered agreement, among other trends.

Earlier this year, Lloyd’s of London Chairman Bruce Carnegie-Brown described protectionism as the “one barrier that could stop this future in its tracks,” warning that protectionist measures in the Latin America marketplace could threaten the growth prospects of insurers and reinsurers.

The threat protectionism brings to insurers and reinsurers around the world was also highlighted by Lloyd’s Chief Executive Officer (CEO) Inga Beale, who said in an interview with Reinsurance News that certain protectionist measure threaten reinsurers’ diversification needs, calling on the market to work against the rising tide.

Concerns were also raised by global insurer Markel’s Asia unit, which warned in early 2017 that growing protectionist measures and regulatory changes that support protectionism, could hinder the reinsurance industry’s ability to transfer and diversify risk.

While protectionist measures in the insurance and reinsurance industry aim to limit the amount of premiums that exit a jurisdiction’s market, essentially keeping the risk in the country, this naturally increases the volume of risk concentration within the jurisdiction’s economy, as opposed to spreading the risk throughout the global re/insurance markets.

This was something underlined by Insurance Europe last year, which noted such measures in African, Asian, and South American markets, and which highlighted the benefits of opening up markets in order to improve their domestic markets, and ultimately the economy.

Hogan Lovells notes certain protectionist measures in the re/insurance industry in emerging markets, citing regulations such as rights of first refusal and the imposition of withholding taxes from on internationally ceded premiums and collateral requirements.

“Rules requiring the cession of risks to local insurers and reinsurers apply in China, India, Indonesia, many African countries and in Brazil, Ecuador and Argentina. Between 2013 and 2015, London’s premiums from emerging markets fell from US$10.5bn to US$9.3bn, against strong growth in those markets,” says Hogan Lovells.

But as highlighted by the UK’s Brexit vote and recent statements from President Trump about trade tariffs and U.S. tax law changes, protectionism isn’t just an issue in emerging markets.

One positive, however, is the EU/U.S. covered agreement, which aims to level the playing field with regards to reinsurance by enabling European reinsurers to operate in the U.S. on a more similar level to U.S. domestic players, and vice versa.

“The execution of the Covered Agreement in January 2017 represents a major step towards the elimination of collateral requirements for reinsurers operating on a cross-border basis in the U.S. and the EU,” says Hogan Lovells.

However, Trump’s commentary around trade tariffs and amendments to the U.S. tax law, combined with the U.S. stepping back from the Trans-Pacific Partnership (TPP) agreement and calls for a renegotiation of the North American Free Trade Agreement (NAFTA), suggests a new era of protectionism in the U.S., warns Hogan Lovells.

The law firm underlines that the benefits the UK insurance market offers the rest of the world are significant, but the reality is that much of the Brexit outcome remains very unclear and uncertain. In turn, numerous re/insurers have established branches in other EU jurisdictions outside of London in order to ensure post-Brexit continuity, Lloyd’s included.

Clearly, there’s arguments for and against protectionism, and the reasons and severity vary broadly by jurisdiction. Diversification of risk is key for the reinsurance industry, so it’s easy to understand why some feel this is being challenged by growing protectionism. At the same time, local markets in emerging parts of the world are eager to retain more of the risk and premium within their economy.