Nearly a million homes across the Canadian provinces of Ontario and Quebec are without power after a severe storm hit over the weekend. 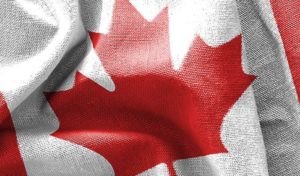 According to multiple reports, 900,000 homes in the two provinces are without power after winds reached 82mph. Hydro Quebec said that 550,000 homes in the province lost power. It is understood that the weather event was a derecho, defined as a ‘widespread, long-lived windstorm that is associated with a band of rapidly moving showers or thunderstorms’.

According to the Canadian national broadcaster CBC, ten of thousands are still without power in Ontario and Quebec.

It wrote: “The storm damage has led the Ontario towns of Uxbridge, north of Toronto, and Clarence-Rockland, east of Ottawa, to declare states of emergency, while hundreds of thousands across Ontario and Quebec remain without power as crews work to restore services.”

One town, Uxbridge, has already declared a state of emergency, while some power providers are warning that it could be days before power is restored.

Canadian newspaper The Globe and Mail wrote about the damage caused by the storm.

It wrote that there had been ‘[…] massive damage to large swaths of the electrical grid’.

It added: “Across Ontario, utility companies were dealing with hundreds of power outages affecting more than 400,000 customers – about 170,000 of them in the Ottawa area. Over the provincial boundary, Hydro-Québec said the storm knocked out power for 550,000 customers from Gatineau to Quebec City at its peak. As of Sunday afternoon, there were close to 350,000 customers still cut off.”