$170bn of global insurance premiums at risk by 2027, research suggests

According to a new Accenture report, up to $170bn of insurance premiums could be at risk in the next five years due to poor claims experiences, with process inefficiencies in underwriting potentially costing the industry another $160bn over the same period. 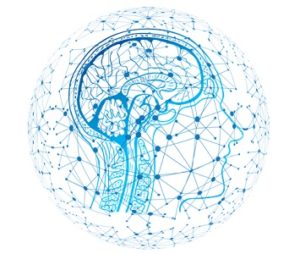 The report is based on surveys of more than 6,700 policyholders across 25 countries; more than 120 claims executives in 12 countries; and more than 900 US-based underwriters. It investigates how the insurance industry is responding to the latest market dynamics, pressure from new competitors, and challenges facing underwriters.

It also prospects the growing demand for seamless customer experiences, notably, how artificial intelligence (AI) technologies can be applied to satisfy and retain customers and transform the underwriting function.

The research found that 31% of the claimants were not fully satisfied with their home and auto insurance claims-handling experiences over the past two years. Of this 31%, 60% cited settlement speed issues and 45% cited issues with the closing process.

30% of dissatisfied claimants said they had switched carriers in the past two years, and another 47% said they were considering doing so. Overall, the consumers who reported not being fully satisfied could represent up to $34 billion in premiums annually, or up to $170 billion over the next five years.

79% of the claims executives surveyed said they believe that automation, AI and data analytics based on machine learning can bring value across the entire claims value chain. Yet only 35% of claims executives report that their organizations are advanced in their use of these technologies. Although this is subject to change, the research says that nearly 65% of insurance companies plan to invest $10 million or more in these technologies over the next three years, focusing on AI-based applications and automation technologies.

Insurers could reduce underwriting operating costs through the adoption of AI technologies, making up to $160 billion in efficiency gains by 2027. As underwriters currently navigate ageing systems and inefficient processes, the research found that up to 40% of their time is spent on non-core and administrative activities, causing an annual efficiency loss of between $17 billion and $32 billion. More than 60% of the underwriters surveyed believe that improvements could be made to the quality of their organizations’ processes and tools.

Kenneth Saldanha, who leads Accenture’s Insurance industry group globally, said, “AI is no longer a technology of the future, but an established capability that many insurance innovators are already putting to work to deliver better customer experiences and empower their workforce.”

“As humans and AI collaborate ever more closely in insurance, companies will be able to reshape how they operate, becoming more efficient, fluid and adaptive. Those that are already moving to leverage AI will be able to create sustained competitive advantage.”