P&C insurance company Chubb has appointed Carene Madden as Financial Lines Manager for the United Kingdom, Ireland and South Africa (UKISA.) Based in London, Madden will report to Hilda Toh - Property and Casualty Chief Underwriting Officer for UKISA. Madden’s appointment is effective in the second quarter of 2023. Within this role, Madden will be responsible for managing and ... Read the full article

Global insurer, Chubb has promoted Ben Howell to Regional Head of Consumer, APAC for its general insurance business in the Asia Pacific region. Currently, Howell serves as Regional Head of Accident & Health (A&H) for Asia Pacific at Chubb. Within this new role, he will be responsible for the financial performance of ... Read the full article 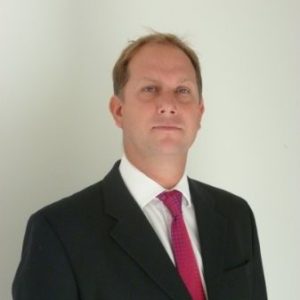 Chris Turberville has decided to leave Allianz Global Corporate & Specialty (AGCS) to join global insurer Chubb as its new Head of Hull for Chubb Global Markets, the firm's London Market wholesale and specialty business including its Lloyd's platform. In his new role, Turberville assumes responsibility for the management, oversight, and ... Read the full article 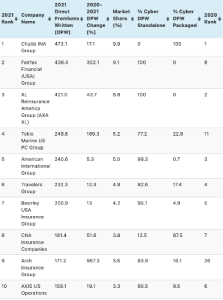 Of the approximately $4.8 billion of U.S. cyber insurance premiums underwritten in 2021 by the property & casualty (P&C) industry, more than 81% came from the top 20 cyber insurers in the U.S. marketplace, led by global insurer Chubb. Based on research data from rating agency AM Best, ... Read the full article

A new report from Chubb posits that younger generations are more enamoured of taking advice from insurance brokers and agents than those preceding them. According to Chubb, 46% of Gen Z and 43% of Millennials wish for their agent or broker to advise them on insurance-related matters. This is a sharp ... Read the full article

Blink by Chubb has announced the launch of Blink Paycheck – a new income protection insurance product that can help keep consumers’ lives on track when they are sick or injured and unable to work. The new product is currently available in 37 states and provides benefits of up to $2,500 per month ... Read the full article

Chubb’s Combined Insurance has appointed Michael Milos as Vice President of Distribution Expansion for Combined’s Canadian branch. He is based at Combined’s Markham, Ontario offices. As Vice President of Distribution Expansion Milos will be instrumental in diversifying the organization’s distribution strategies, as well as strengthening and forming new relationships in the broker ... Read the full article