LMA sets out strategic priorities for 2023

The Lloyd’s Market Association (LMA) has published its Member Manifesto, which announces its strategic priorities for 2023 and includes a focus on supporting members’ alignment with Future at Lloyd’s initiatives. Supported by DXC technology, the LMA plans to help the initiative foster a digitised marketplace, including the adoption of a unified ... Read the full article

Cyber insurance provider Coalition has announced that its UK business is now trading as an approved Lloyd's coverholder, following its launch into the country in September of last year. Coalition says that the authority from Lloyd's to write and service policies in its marketplace will align its UK offering with ... Read the full article 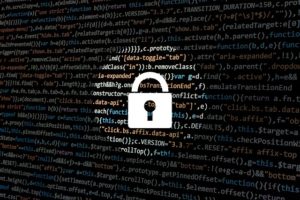 The Lloyd's Market Association (LMA) has updated and replaced a number of its cyber war clauses related to the involvement of states and sovereign actors in cyber attacks and other operations. In particular, the LMA has focused the updates around the use of the term ‘sovereign state’ and how it would ... Read the full article

The London and International Insurance Brokers’ Association (LIIBA) has detailed its new agenda for 2023, which centres around driving modernisation in the London insurance market. LIIBA said that brokers’ participation in the Future at Lloyd’s programme, delivering the new version of PPL and the drive to get people back into Lloyd’s ... Read the full article 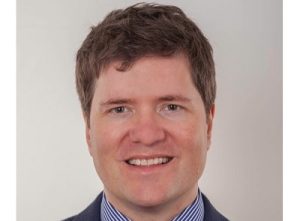 Insurance and reinsurance marketplace Lloyd’s has appointed Mark Dyson as Interim CEO of Lloyd's Asia and Country Manager Singapore, taking over from Thomas Haddrill. It was announced last month that Haddrill would depart Lloyd’s for a new role as Head of Broking for the CEEMEA region at WTW. Dyson, who currently ... Read the full article

Analysts at S&P Global Ratings have suggested that the Society of Lloyd's will report a combined ratio of around 95% at the year-end of 2022, anticipating the same for 2023. The rating agency noted that this prediction takes into account Lloyd's combined ratio of 91.4% at half-year 2022, while also considering ... Read the full article

Lloyd’s, the world’s leading marketplace for commercial, corporate and specialty risk solutions, welcomes Joe Hurd to the Council of Lloyd’s. He will replace John Sununu, who will be stepping away from the Council in May 2023 to focus on his new role as Non-Executive Chair, Lloyd’s Americas, where will be replacing ... Read the full article

Helios, the investment vehicle that acquires and consolidates underwriting capacity at Lloyds', has announced a 39% increase in its retained capacity for 2023. The company’s overall portfolio, including its capacity reinsured,  increased to £296.6 million, adding more than 27% to the size of the portfolio since the 1st January 2022. This includes an increase in ... Read the full article 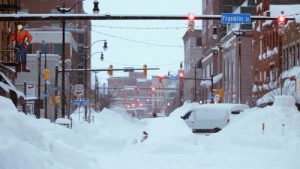 Storm Elliott to have limited impact on Lloyd’s syndicates: Argenta

Argenta Holdings, the Lloyd's service company, managing agent and syndicate owner, has predicted that Winter Storm Elliott in North America will have only a “limited impact” on the Lloyd’s syndicates market. Reflecting on KCC’s insured loss estimate of $5.4 billion, Argenta says at this level primary carriers will generally not ... Read the full article 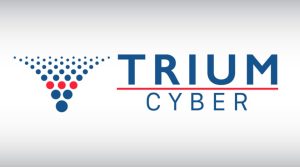 Trium Cyber has announced its US-based service company has begun to provide cyber and technology errors & omissions coverage for US-domiciled risks. Writing on behalf of Lloyd’s Syndicate 1322, the company is backed by Pelican Ventures and third-party capital providers like Asta, the leading third-party managing agent at Lloyd’s. In November ... Read the full article

European B2B2C insurer Wakam, has announced that Wakam’s Syndicate 1347 has received Lloyd’s approval to start underwriting for the 2023 year of account. The syndicate was launched under Lloyd’s Syndicate in a Box (SIAB) initiative and will operate on the Lloyd’s platform. It will be managed by Polo Managing Agency (PMA), ... Read the full article

Lloyd’s Council has granted ‘in principle’ approval to Lime Syndicate Management to be the first managing agency in Lloyd’s since Reconstruction & Renewal over 25 years ago, established solely to provide management services for third-party syndicates. A statement from Lime SM said that its technology solution JUICE provides a cost-effective, legacy-free ... Read the full article

Trawick International has announced that it has received delegated authority as an approved Lloyd’s coverholder. As a coverholder, Trawick International is now part of Lloyd's foremost global network. The company also now holds the authority to underwrite and issue policies on behalf of Lloyd's. At the same time, this appointment grants Trawick ... Read the full article

Richard Dudley, Global Head of Climate Strategy at Aon, has been elected as a Working Member of the Lloyd’s Council, effective 1 February 2023. Dudley has been working in the Lloyd’s market, the world’s leading marketplace for commercial, corporate and specialty risk solutions, for nearly three decades and currently sits on ... Read the full article

Beazley Smart Tracker Syndicate 5623 has been granted Lloyd’s approval, meaning it will move from a Special Purpose Arrangement to full syndicate status. A statement from Beazley said that the approval will be effective from the beginning of January. Adrian Cox, CEO Beazley, said: “As a pure follow syndicate, 5623 offers a ... Read the full article