Having approached our industry contacts following news that Chubb was lining up an acquisition attempt for rival insurer Hartford, Reinsurance News found 49% believed a higher asking price would be needed for the mega transaction to go ahead.

Interestingly our findings came just hours before The Hartford’s board rejected the $23.24 billion Chubb left on the table.

While our findings point to an overarching confidence that the two insurance heavyweights would eventually reach an agreement, 21% did feel The Hartford would remain independent. 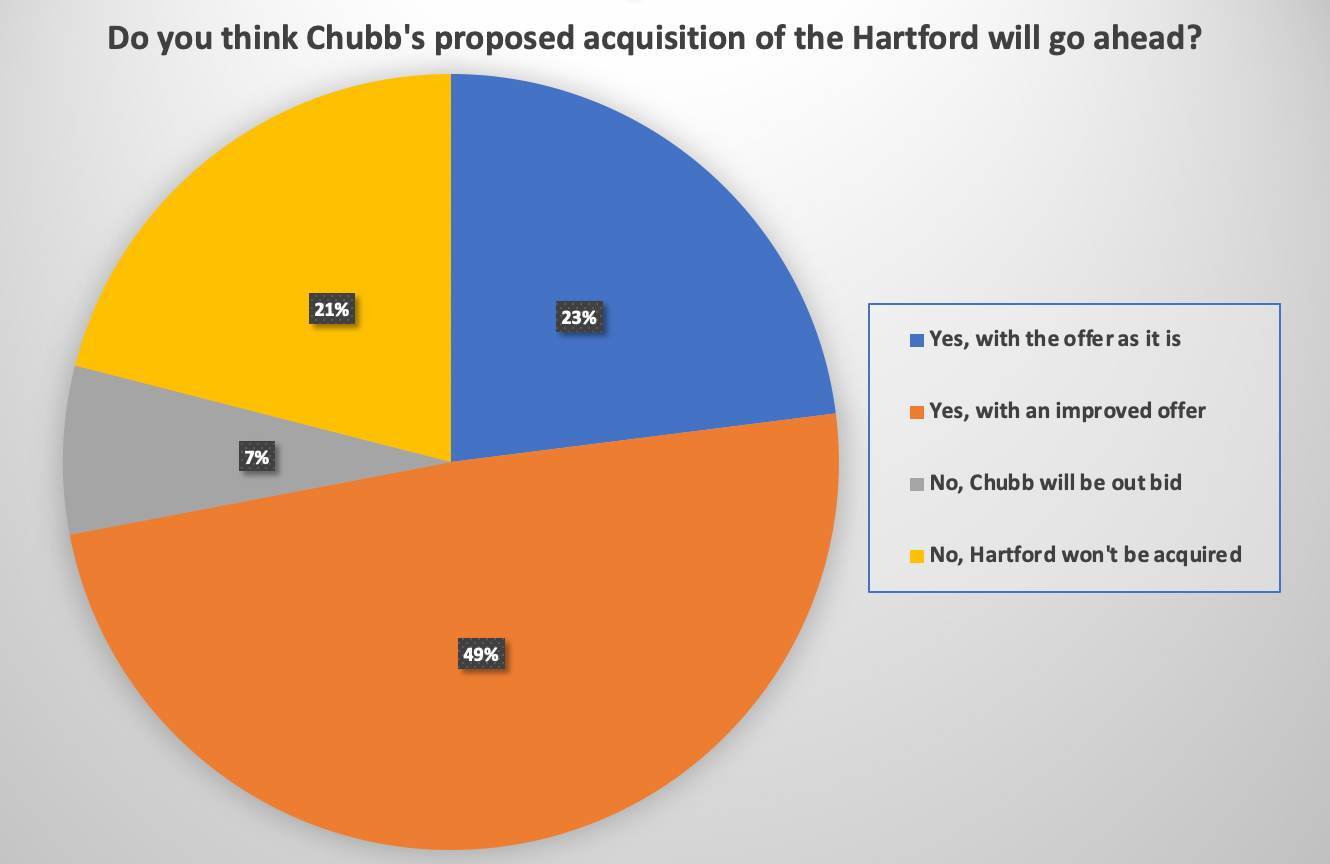 Interestingly, 7% expected The Hartford to be sold, but to a rival firm offering a higher price.

33% felt Chubb’s initial deal would be sufficient to seal the agreement.

Ultimately, The Hartford opted to decline the approach on the grounds that  entering discussions would not be in the best interests of the company and its shareholders.

Additionally, the company’s board reaffirmed its commitment and resolve in executing its strategic business plan.

As we wrote at the time, Chubb’s $65 per share offer actually valued the firm at around $2.5 billion higher than The Hartford’s $20.7 billion value at opening on March 18th, the day before Chubb confirmed its proposal.

However, speculation around a potential deal saw shares in Hartford’s rise 19% during the day, taking its valuation to a high of $24.6 billion during trading, to close the day at $24.36 billion.

In recent days, analysts have ben debating the offer and the sentiment appears to be that perhaps the offer from Chubb was too low, while the door for others to table competing bids is open