The Supervisory Board of Allianz Deutschland AG has appointed Dr. Klaus-Peter Röhler to Chairman of the Management Board (CEO) and successor to Dr. Manfred Knof, who is stepping down from the position and will take time off for health reasons. 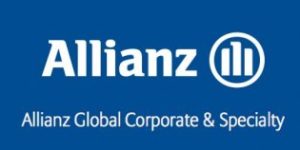 Both appointments take effect from January 1st, 2018, and are subject to regulatory approvals.

Oliver Bäte, Chief Executive Officer of Allianz SE, said; “I would like to thank Manfred Knof for his successful leadership at Allianz Deutschland. The company played a leading role time and again in implementing the Renewal Agenda.

Knof has acted as CEO of Allianz Deutschland AG since April, 2015, and began his career at Allianz in 1995.

Bäte continued; “I regret his decision but respect and support it and wish Manfred all the best for the future. I am convinced that we have found the right successor in Klaus-Peter Röhler.

“He has a wealth of experience in the Property & Casualty business as well as in Life insurance. Under his leadership, Allianz in Italy made great strides in the digitalization of its Italian business.”