Strong growth prospects across regions in the emerging Asian market, combined with low penetration rates and rising loss values, means a surge in the use of alternative capital is imminent. 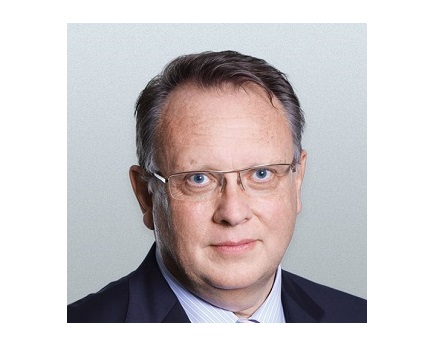 This is according to Peak Re CEO Franz Josef Hahn, who stressed the growing importance of insurance-linked securities (ILS) in the Asian markets as part of his keynote presentation at the Artemis ILS Asia 2020 online conference earlier this month.

Speaking ahead of a Q&A session for the conference, run by our ILS-focused sister publication Artemis, Hahn noted that natural catastrophe events in Asia have historically caused very high economic costs but only minor insurance losses.

“The growth potential therefore is very large and opens opportunities to the insurance sector,” he told attendees of the virtual conference.

“Today the insurance penetration is still very low and it will grow over time,” he added. “And this opportunity will last for a very long period of time – two to three decades and beyond.”

Part of the reason emerging Asia is seen as such a lucrative opportunity for the re/insurance industry is the rapid expansion of the middle class society in many of these countries.

According to the Peak Re CEO, this segment of the population is growing by roughly 150 million people per year, which is the same as the total population of Russia, or the populations of France and Germany combined.

“With this and the huge opportunity for sustained growth over the next decades, we can see a strong entrance of natural catastrophe protection covers into the insurance system,” Hahn continued.

“And that’s why it’s no wonder why Singapore and Hong Kong are preparing their capabilities for housing ILS structures. And we have already seen the first arrival of funds who are specializing in ILS, both in Hong Kong and Singapore,” he noted

“And it will not take a long time for capital from the rich northern regions of Asia – Japan, Korea, South Korea, and China – to enter existing funds or start new start-ups and funds which will also manage ILS risk.”

Hahn was joined in the Q&A session by Iain Reynolds, Director & Head of Analytics at Peak Re, who explained that alternative capital could have an increasingly important role in risk transfer as probably maximum losses (PML) rise in emerging Asian regions.

“Clearly, wherever there’s a large PML then ILS or alternative capital is essential in protecting that,” Reynolds remarked.

He compared the potential for massive economic shocks to the market in Florida, where re/insurers are preparing for catastrophe losses in excess of $100 billion for a state that will soon have a GDP only a fraction of the size of many Asian markets.

“If there is a commensurate growth in insurance penetration you can imagine the capacity that would be required to support and insure the same sort of insurance industry here,” Reynolds explained. “And therefore ILS capacity would be essential.”

You can find further coverage of the ILS Asia 2020 conference at Artemis, and view the recorded keynote speech and subsequent Q&A session in full below: