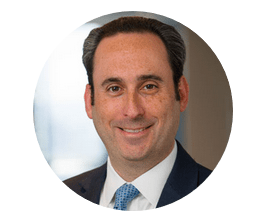 In addition to his new responsibilities, Karkowsky, who joined AmTrust in 2011, will continue to serve as the firm’s CFO until his replacement joins in the first-quarter of next year.

Karkowsky initially joined the firm as Executive Vice President (EVP), Strategic Development and Mergers & Acquisitions (M&A), and has served as the company’s CFO since June 2017. Prior to AmTrust, he has held various finance and strategy roles within the private equity and insurance industries, including as Vice President, Mergers & Acquisitions Insurance Group at AIG.

In his new role, Karkowsky will have a focus on driving excellence across the entire organisation and further developing relationships with agents, brokers, partners, and clients.

Commenting on the appointment, Zyskind said: “Since joining AmTrust, Adam has played an integral role in guiding the strategic growth of the Company, drawing on his extensive knowledge of the property and casualty insurance industry.

“Over the past two-and-a-half years, Adam has led the finance organization with a clear vision, enhancing processes and implementing systems to ensure we are aligned to support our global size and scale. Working with AmTrust management, he also significantly increased operational efficiencies across our business, positioning AmTrust with a strong foundation to capitalize on our momentum as we enter 2020.

“Now, with Adam taking on the role of President, we look forward to partnering to build on our unique franchise in the markets we serve and creating long-term value.”

Karkowsky added: “I am excited to take this next step at AmTrust and will focus my efforts on continuing to build our strength and momentum in our core markets and products. I look forward to working with Barry and our entire management team to create significant value by further strengthening AmTrust and helping facilitate its continued success.”

AM Best maintains stable outlook on reinsurance in 2020

Rating agency AM Best has maintained its stable market outlook on the global reinsurance industry for 2020, citing a stabilised...