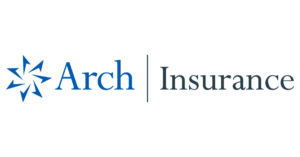 In a press release, the company announced the appointments of Janet Brook, Sheena Hooda and Tilly Milnes as Senior Claims Handlers, effective immediately.

Both Brook and Milnes have joined the Financial Institutions claims team. Milnes is focused on managing claims across a broad spectrum of areas including D&O, PI and Investment Manager Insurance, while Brook specialises exclusively on PI claims.

All three women have collective experience within the industry. Most recently, Brook was a Senior Associate at global law firm, Kennedys Law specialising in PI claims. She joined the firm in 2015 and during her extensive legal career has also held positions at Shakespeare Martineau.

Before joining Arch, Hooda served as a Senior Claims Specialist at AXIS Capital Group, having joined the company in 2018. Previously, she was a Senior Associate at Davies Group Ltd., as well as a Clinical Claims Manager at the NHS Litigation Authority. She is also a qualified solicitor.

Also a qualified solicitor, Milnes most recently served as a Claims Adjuster for W/R/B Underwriting, specialising in international directors and officers (D&O claims. Her previous experience includes Claims Adjuster roles at AXA, Chubb and Allianz Global Corporate & Specialty as well as a Solicitor at Kennedys Law.

Addressing these senior appointments, Barbara Rizzi, Head of Third Party Claims at Arch Insurance International, said: “We are delighted to welcome Janet, Sheena and Tilly to our growing claims team. Their significant technical ability and collective experience in the market, both from a claims and legal perspective, undoubtedly strengthen our claims proposition. Their service-focused approach has also enabled us to further enhance our responsiveness to brokers and insureds.”