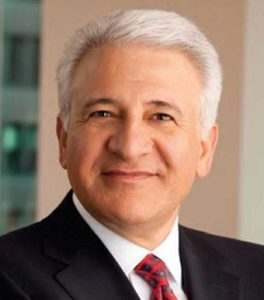 Benchimol, who began his term January 1, was appointed as President and CEO of AXIS in May 2012 and has served as a director since January 2012.

“I’m proud to help advance ABIR’s mission and look forward to working with the ABIR Board and member companies to advocate the Bermuda re/insurance market’s interests around the world,” Benchimol said.

“I’d also like to thank Kevin O’Donnell for his tremendous service as ABIR Chair during these past two years of challenges and change. The Bermuda market is well positioned, and ABIR will continue to advocate for open, well-regulated, competitive insurance markets globally.”

O’Donnell, President & CEO of RenaissanceRe Holdings, continues to serve as an ABIR officer and currently also serves as Chair of the Global Reinsurance Forum (GRF), an international group of companies that advocates for the reinsurance industry.

“ABIR’s efforts to advocate for addressing the global protection gap between economic and insured losses are critical to societies around the world, particularly for perils like cyber crime, flood, drought, wildfires and earthquakes.”