Broker firm BMS has appointed Neil Prior to be its group head of environmental and social responsibility. 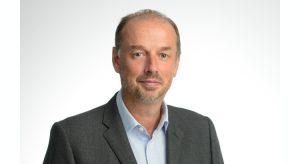 The role, understood to be a new one, will see Prior report directly to Nick Cook, CEO of BMS. Prior will have a global mandate to lead BMS’ environmental and social initiatives.

Cook said: “BMS is committed to being a responsible business with a robust and credible net-zero carbon emissions plan. We want to work with our clients, our employees and all our stakeholders to assist in moving the market towards more sustainable and environmentally conscious business practices.”

He added: “Neil is the ideal individual to take on this critical role. He has significant industry experience, having formed and run his own underwriting business specialising in the global energy sector. Neil has a superb grasp of both underwriting and broking, having worked on both sides, and understands the risks many of our clients face.”

According to the company, Prior joined BMS in 2019 as a director within global risks in London before assuming his new role. Before working for BMS, Prior led the broking teams at Sedgwick, Marsh, and JLT, and was an underwriter of property and power business at Ace Global Markets (now Chubb), where he served as underwriting director for its Lloyd’s syndicate.

From 2015 to 2019, Prior founded and led Priority Underwriting, his own MGA and coverholder at Lloyd’s business, to underwrite business on behalf of Lloyd’s syndicates.

Prior is not the only one taking on a new role at BMS. About three weeks ago, the company announced that it had appointed Ian Matheson as a non-executive chairman of its Canadian operations.