Airmic, the UK association for risk and insurance professionals has said that Brexit is threatening the London Markets influence in the global industry. 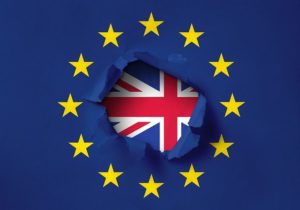 This was reported in the company’s March 2022 Pulse Survey which took place between March 3-11.

One of the questions in the survey asked how has the influence of the UK insurance market changed since Brexit.

In the report, the company said that London used to be the European Union’s hub for financial services, but Brexit has now led insurers “to shift-decision making powers” back to their headquarters in other countries.

In addition, the report also stated that the London Market urgently needs to maintain the pace of change post-pandemic, in order to build its resilience and relevance for the future.

This was highlighted in the question that asked if the momentum for change in the insurance market created by the pandemic is being sustained, with 53% saying yes, and 47% saying no.

The survey also focused on whether the hard market is softening. Results for Q1 2022 showed that 70% of participants perceive the insurance market currently to be hard, while 30% felt that it was neutral, a significant difference compared to the results from Q3 2021, which saw 92% voting hard, and just 8% voting neutral.

This shows that the pace of hardening has slowed since 2021, but there are still concerns within the company that insurance market conditions could yet deteriorate, as this was addressed in the question that asked participants how they expect the insurance market to be at the end of 2022, with 44% saying it will deteriorate, 22% saying it that it will improve, and 23% saying that it will remain consistent.

The survey also highlighted some of the key obstacles that are currently stopping the markets infrastructure from improving. This included, lack of collaboration between insurers which received over 70%, lack of investment which received 60%, and not enough understanding of technology among the markets decision makers, also receiving 60%.

Airmic said: “Our respondents have sounded a dire warning that the London Market’s legacy systems will doom it to irrelevance. Greater investment and understanding of technology among the market’s decision makers are critical to improving the market’s infrastructure.”

Premium rates for cyber have also skyrocketed, as a tenth of the surveys respondents experienced rate increases of more than 400%.

Highlighting some of the key results from the survey, Airmic said in the report that the insurance model is changing and how it is now more geared towards understanding risk and managing it better.

Climate change is expected to cause a seismic growth in economic losses, and global insurance premiums will also reach record levels.

“The insurance industry needs to rise to the challenge urgently. It needs to shift its focus from protection to prevention. New technologies such as artificial intelligence and machine learning will be key to reducing costs and creating value for all parties.”