The fire that emerged on the Felicity Ace cargo ship, which was loaded with luxury cars as it departed Germany for the U.S. on February 9th, could result in a loss for the marine re/insurance market of as much as $500 million, reports Skytek. 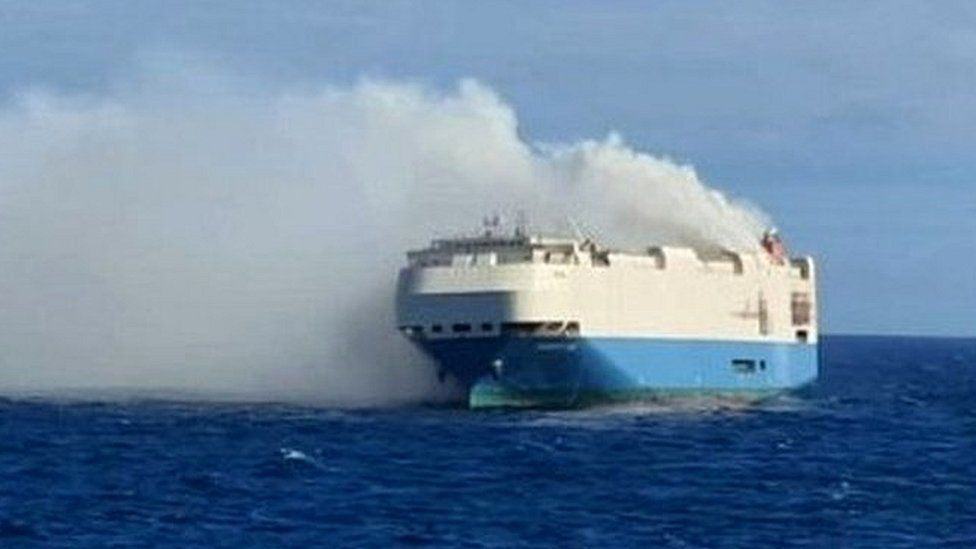 A fire broke out in one of the holds of the Felicity Ace cargo ship forcing its crew to abandon the vessel, leaving it adrift in the mid-Atlantic.

As reported widely in the mainstream media, the ship, which is able to carry more than 18,700 tons of cargo, was loaded with luxury cars including brands like Bentley, Porsche, Lamborghini, and Audi.

In fact, the Felicity Ace had 3,945 cars onboard when the fire emerged as it was sailing west of Ponta Delgada, Portugal.

According to software company Skytek, which specialises in creating innovative solutions for complex and demanding industries, at a starting price of $99,650, the total value of the cars could exceed the $500 million mark.

With cargo typically insured at full replacement value, especially items that are high value, Skytek suggests that this could be a half a billion dollar loss for the marine re/insurance industry.

Skytek also states that the estimated market value of the ship is $24.5 million. And that the owners are seeking an ocean-going tug to take the vessel to a nearby port, although it’s unclear which could accommodate its size.

As noted by Allianz Global Corporate & Specialty (AGCS), part of the global insurer, while shipping losses have dipped by 50% over the past decade, fires on board ships remains one of the biggest safety concerns and have actually increased significantly in recent years.

Over the past ten years, AGCS finds that fires are the third top cause of shipping losses, and fires resulting in total losses hit a four-year high of 10 at the end of 2020.

“The shipping industry has seen its safety record improve significantly over the past decade with the number of total losses now at record lows,” said Captain Rahul Khanna, Global Head of Marine Risk Consulting at AGCS.

“However, fires on car carriers, Roll-on/Roll-off ferries (RoRos), container ships and other vessels remain among the biggest worries for the sector, as demonstrated by the recent rise in incidents.

“RoRo and car carrier vessels in particular can be more exposed to fire and stability issues than other vessels, and require additional emphasis on risk management. To facilitate carriage of automobiles the internal spaces are not divided into separate sections like other cargo ships. The lack of internal bulkheads can have an adverse impact on fire safety and a small fire on one vehicle or battery can grow out of control very quickly. Vehicles are not easily accessible once loading has been completed.

“The large volume of air inside the open cargo decks provides a ready supply of oxygen in case of fire. At AGCS, we look deeply into the risk management of operators and have worked with a number of companies operating ro-ro vessels to agree a robust risk management program,” he added.