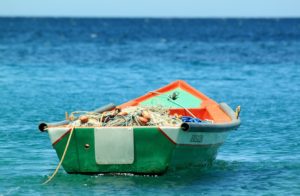 The COAST insurance policies provide coverage to individuals in the fisheries industry, enabling them to recover quickly after weather-related events.

Initial funding for COAST has been provided by the US State Department.

Payouts can be made within 14 days by CCRIF to the Ministry of Finance, followed by a rapid transfer to the fisherfolk and other affected parties throughout the country’s fishing industry.

COAST has been developed with the support of the US State Department, and has been led by the World Bank and CCRIF.

In addition, the Caribbean Regional Fisheries Mechanism (CRFM) has played an essential role, as benefiting countries must be implementing the Caribbean Community Common Fisheries Policy (CCCFP).

This linkage signals the beginning of a new partnership between CCRIF and CRFM, which signed an MOU in April to focus on the implementation of the COAST initiative and promotion of climate-resilient and sustainable fishing, fish farming and resource management practices in the region.

Since its inception in 2007, CCRIF has been providing insurance for tropical cyclones and earthquakes, and in 2013, based on demand from its members, the Facility provided coverage against excess rainfall events.

Eurobase International Group, an international software and service provider to financial institutions, has announced that Klapton has selected its Synergy2...