China Reinsurance Corporation (China Re) has launched a new proprietary commercial earthquake catastrophe model for China, which aims to benefit the country’s re/insurance sector through improved costs and accuracy. 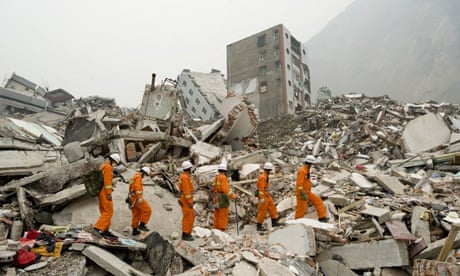 China Earthquake Catastrophe Model v2.0, which has been certified by the Seismological Society of China, is also expected to fundamentally change the country’s long-standing dependence on foreign earthquake models.

By collaborating with scientific research institutes, China Re’s model can simulate a random event set of up to 300 million earthquakes in China and its neighbouring areas over a 5-million-year timespan.

The company claims it is the first model that can accurately estimate economic and insured losses for tens of thousands of buildings with different construction types, building occupancies, heights, construction periods, and earthquake fortification levels.

With a broad range of application scenarios, the model is expected to provide re/insurers woth a commercial product that includes detailed catastrophe risk zonings, risk limit control, swift assessment of losses, and optimisation of reinsurance solutions.

Additionally, China Re believes the earthquake model will help government agencies and official units to quickly assess economic losses in the aftermath of an event, as well as assist government planning for earthquake prevention and relief.

The reinsurer also integrated scientific research and data resources with the support of the Institute of Geophysics and the Institute of Engineering Mechanics of China Earthquake Administration, and received funding from the Ministry of Science and Technology of China.

The model was launched at China Re’s 3rd annual Catastrophe Risk and Insurance Summit, which focused on China’s seismic risk control and insurance practices, and was attended by a range of industry experts.

Yuan Linjiang, Chairman of China Re, said the launch was a milestone for the nation, and highlighted the importance of reinsurance as an indispensable part of China’s risk control system.

Similarly, He Chunlei, Vice Chairman and President of China Re, commented that the earthquake model marked a new beginning to the company’s contribution to China’s risk management practices, and said that the company would continue to work with the government to safeguard the lives of Chinese people.

Finally, Dong Degang, Deputy Director-General of the Financial Department of the Ministry of Finance, remarked that the government and the market must accelerate their efforts to jointly build a catastrophe risk prevention mechanism.