Chubb has announced the appointments of Sunil Parmar and Alexander to leadership positions within the Reinsurance team at Chubb Overseas General, its international general insurance business. 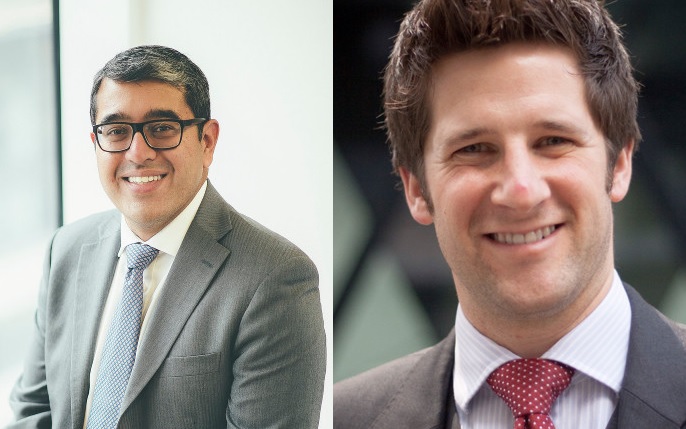 Parmar and Crosby, who have been jointly promoted to the role of Senior Reinsurance Officer, Chubb Overseas General (COG), will now co-lead Chubb’s Ceded Reinsurance business.

In their new positions, they will be responsible for treaty reinsurance purchases within COG worldwide.

Previously Senior Reinsurance Officer at Chubb European Group, Parmar will continue to be based in London.

His reinsurance responsibilities include managing and executing the purchase of property, casualty, financial lines, marine, specialty and aviation treaties across COG.

In total, Parmar has more than 17 years’ experience managing ceded reinsurance buyers in London, Paris, Tokyo and Sydney, and before joining Chubb, he worked for Montpelier Re and Guy Carpenter in a variety of reinsurance roles.

Meanwhile, Crosby also continues to be based in London following the promotion from his previous role as Reinsurance Officer at Chubb.

His reinsurance responsibilities include managing and executing the purchase of financial lines, energy, political risk and other COG reinsurance placements.

Crosby has held various actuarial roles at Chubb before joining the Ceded Reinsurance team, working as an actuary across pricing, reserving and capital modelling and has more than 15 years’ experience managing ceded reinsurance buyers in London, Miami and São Paulo.

“I am delighted that we are able to promote Sunil and Alex to this important role,” said O’Donnell.

“Reinsurance is a vital aspect of our insurance business operation and a fundamental part of how we manage risk. Both Sunil and Alex bring with them not only deep expertise and experience but also impressive technical and analytical skills and I look forward to working with them in their new posts.”

Amynta Group has appointed Brad Isaacson as Senior Vice President of Program Development. He brings over 30 years of experience...