Analysts at KBW have warned that crop losses will likely weigh on insurers’ overall underwriting profits for 2021, despite being overshadowed by more high-profile catastrophe losses such as Hurricane Ida and the European floods. 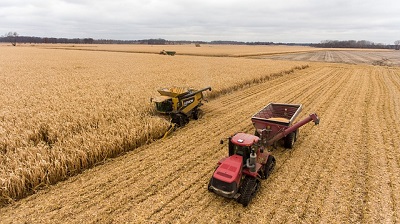 While US crop underwriting losses should pale relative to the larger catastrophe losses in Q3, KBW notes that it was actually the third-highest Q3 average for crop losses since 2000, which will have significant implications for insurer profits.

However, statistical relationships tend to be much weaker for net combined ratios, probably because of the range of federal and private reinsurance options available.

Of the companies under its coverage, KBW identified American Financial Group, AIG and Chubb as the most exposed to primary crop insurance results.

Chubb’s exposure to Q3 crop losses is thought to be slightly above average, while AFG’s and AIG’s relative exposures are probably below average, based on their state premium-weighted exposure to drought conditions as of the end of September.