“It was a different world in 1975, but reinsurance is still fascinating and important”: Patrick Delalleau, CCR Re

The insurance and reinsurance world has evolved significantly since Patrick Delalleau entered the space more than 45 years ago. 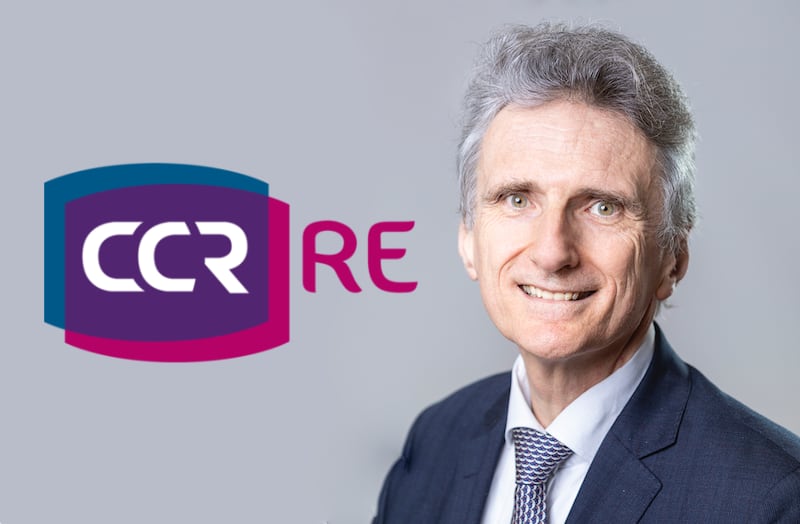 In his current role, Patrick Delalleau serves as a Senior Advisor at French state-run reinsurer, CCR Re, a position he took on in 2019 following more than ten years as the company’s Global Underwriting Director, which itself came after more than four years with the reinsurer’s parent, CCR, or Caisse Centrale de Réassurance.

After an impressive career in the insurance and reinsurance universe, Patrick Delalleau will soon be retiring from a sector that has, and continues, to change dramatically. Ahead of his imminent departure from the industry, Reinsurance News spoke with him about the past, present, and future.

“The re/insurance world in 1975, when I joined this industry, was very different from today,” said Delalleau. “It was geographically limited to western style regions including North America, Western Europe, Japan, and Australasia. Other markets did exist but to a limited extent. Today, the re/insurance world does match the world globally, even though penetration differs from one country to the other.”

All those years ago, he explained, rating agencies did not play any role in the sector – there was no downgrading clause in the wordings, for example. Today, however, it’s a very different story as the role of the rating agency has become “decisive”, with Delalleau describing any downgrading as a “sword hanging over a reinsurer’s head, or at least their book of business.”

Similarly, modelling agencies did not come into existence until the late 80s, with AIR being the first to launch in 1987. Now, of course, modelling is essential for any pricing contracts involving a risk disaster scenario, he explained.

“There was no internet and the time frame not the same,” continued Delalleau. “No competition between players did exist on the ability to answer swiftly. Reinsurance panels, reinsurance conditions were not changing that much every year. Travelers were empowered negotiators, not marketing representatives. All of this has changed considerably today.”

Legacy deals were also a rarity outside of the traditional Lloyd’s RTC. And, while alternative capital is now an important part of the equation, when Delalleau first entered the market there were no alternative solutions, and “Bermuda was a hardly known triangle.”

“Tomorrow some other changes are bound to happen as risks are growing, new ones have appeared, so there’s big issues for the years to come. The growing protection gap is a major challenge for our badly needed industry. There is a lot of work ahead – a beautiful challenge,” he added.

In fact, in Delalleau’s mind, there’s numerous challenges reinsurers must overcome to realise the full potential of the industry.

“Reinsurance is a service industry, a very important one, allowing insurance companies to deliver cover to their clients. This is a matter of resilience in human societies: insurers and reinsurers help to restart this service beyond the cover granted with know how about risks and solutions over the world should be rewarded with a price commensurate with the risks. This is because reinsurers put at risk their balance sheets with volatility and uncertainties.

“They need to make adequate profits. Profit is justified in view of risk taken, capacity offered, and volatility assumed. To face the seesaw effect of cat events, keep their investors and find additional capital to cover the ever-increasing values exposed to perils, man-made or not, which are themselves growing. A double-trigger threat for the reinsurance industry,” said Delalleau.

In addition to price, risk assessment, and prevention, Delalleau calls for the sector to work on tailormade solutions to the perils, working with all the actors involved in order to address the dramatic, fast-changing perils of this world.

“In the context of climate change, the reinsurance industry stands at the crossroads of numerous challenges facing our volatile world and has the mission to raise the challenge. I wish it all the best,” said Delalleau.

Delalleau is set to launch his own reinsurance consulting company, so while retiring from CCR Re, he will remain involved in the global reinsurance industry, assisting his own clients to navigate opportunities in the increasingly challenging marketplace.

Challenges, however, give rise to opportunities, and against the current backdrop, Delalleau offered some words of encouragement for newer participants in the reinsurance space.

“Reinsurance is a fascinating service industry, international by nature, which requires an open-minded spirit looking for innovations, solutions which will push you ahead of traditional players. Ultimately, reinsurance is risk taking, and to make your career you must develop competencies in risk assessment, pricing, and underwriting.

“The margins and your success will be where others will not dare to go. At the same time, you shall keep in mind what you put at risk so that you will not endanger your balance sheet,” said Delalleau.

“Today, more than ever, things are getting more complex and interlinked so you have to be able to work with a team and keep, throughout your career, good contacts with all the players of this small world beyond their ups and downs, as you may go through such upheavals as well and will be then in a better position to rebound. Above all, this market is driven by trust and reputation; the best asset to build and maintain over time.

“In a nutshell: reinsurance is an exciting business requiring your brain and imagination, empathy to the people and their needs, but also cold blood and control,” he concluded.