Digitalisation of the re/insurance sector has to happen, says Brit’s Jon Sullivan

Jon Sullivan, Group Deputy Chief Underwriting Officer (CUO) at Brit, recently spoke with Reinsurance News about a number of market trends, including the renewals, technological advancements and disruptions, and also the changing climate. 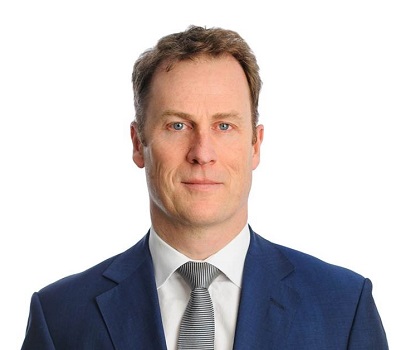 Global specialty insurer and reinsurer Brit’s fourth-quarter 2018 profits were hit by almost $200 million of catastrophe losses, with almost half of this coming from the very dangerous and extremely costly California wildfires.

In light of a sharp rise in losses from wildfire events and the expectation by some that storms are likely to become more frequent and severe as a result of the changing climate, there has been some discussion in the industry about the potential impact of climate change on catastrophe risk pricing.

“This is a really interesting area,” said Sullivan. “For example, we have seen views on hurricane risks change with people expecting them to become more frequent, while there is also potentially a similar theme with wildfires. However, the challenge is that these perils are extremely difficult to assess.

“We also need to consider demographic changes, for example you have more people moving to live in coastal regions including Florida and California, which naturally impacts loss modelling. Therefore, you have twin factors of climate and demographic change to be aware of.

“From a rates perspective, pricing movements tend to be more reactive – it is very hard to charge, for example, on the basis of increased flood risk due to rising water levels over decades until there has been a loss. This isn’t to be ignorant of changing risk profiles, but the reality of annual pricing.”

After two years of high catastrophe losses the reinsurance industry was hopeful of meaningful rate increases at the January renewals. However, and despite alternative capital’s slowdown, the January 1st 2019 renewal was described by many as disappointing.

Sullivan explained that for Brit, increases were evident at 1/1, although rate rises were not substantial.

“Early renewals had the benefit of quantum of California Wildfire losses not being fully apparent and many of the 1.1 renewals had been unaffected by loss in ’17 and ’18. This resulted in rate improvement of slightly in a 0-5% band in the USA and flat to down internationally,” said Sullivan.

“We expect continued rate increases at the mid-year renewals. We have had a second year of California wildfires, which are notoriously difficult to assess, model and price accurately. Additionally, the Irma loss moved substantially after renewal last year and would expect to see the market looking to address this come mid-year,” he added.

Despite hopes of further rate increases at the mid-year renewals, the profitability of the re/insurance industry remains under pressure from numerous forces and, market participants are taking varying steps in order to increase relevance while at the same time improving margins.

One of the avenues market participants are exploring and leveraging is technology, a highly disruptive industry force that at the same time brings a wealth of opportunities to improve efficiency and lower costs, while hopefully creating a better experience for the end client.

Commenting on the rise of technology in the space and the ongoing evolution and digitalisation of the re/insurance industry, Sullivan said “this is absolutely something that has to happen,” adding that Lloyd’s of London is leading the charge with the PPL process, “something Brit is fully behind.”

“The challenge is that, as a subscription market, it can be difficult to move ahead in isolation. Where we write 100% of products, such as for some of our smaller lines of business, we have strategies and plans in these areas to capitalise on technology.

The mutual and cooperative insurance market significantly outpaced the growth of the total global insurance industry over the last 10...