Evan Greenberg, Chairman and CEO of Chubb called the use of drones “hugely powerful” for the re/insurance industry. 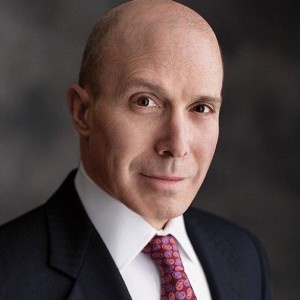 Speaking at the MMC Young Professionals Forum 2017 on Thursday, Greenberg called attention to the potential of drones, the digitalisation revolution, and the importance for the future of the re/insurance industry of preserving the democratic liberal order.

The introduction of drones as post-incident inspectors has already changed the game for insurers, who can obtain detailed images in spaces that would notoriously be too hazardous for humans to move into.

Greenberg said; “For example, drones can be used to assess a building after an industrial fire much earlier than it would be safe for a human adjuster to do so, and to inspect and risk-engineer buildings at the time of underwriting.”

The same holds true for inspecting areas affected by natural disasters, such as in the case of a hurricane or earthquake – drones can quickly move into spaces still cordoned off by authorities to capture photos or footage of still damaged property.

The footage could be assessed with AI and followed up with automized fast and accurate claims payouts.

Whereas previously insurance clients often were made to wait for years before all claims were processed and payouts were made post-catastrophe, the use of drones combined with automized claims management has improved every aspect of the insurance experience with both re/insurers and their clients seeing massive gains.

Drones that capture footage of an accident immediately after the scene also work to deter insurance fraud – once again, ensuring that pricing and payouts are fair and sufficiently reflect the true levels of risk.

The Chubb CEO underlined the changing nature of businesses globally – which has meant many re/insurance policies and products produced in the not too distant past have already become obsolete in today’s world.

He commented that traditional, annual insurance policies are not relevant to many businesses in the Sharing Economy, such as Uber or Airbnb.

Insurers must reassess the way that smart homes are insured, for example, Greenberg said, while a traditional homeowners’ policy operates on a “repair and replace” model – where the coverage is a simple financial transaction – insurers of smart homes must move towards a “predict and prevent” model, that would, for example, predict a leak at a home before it happens.

The Chubb CEO said; “we are endeavouring to improve our customer experience more in line with what customers experience with other modern, consumer brands.”

He also addressed delegates on the theme of the current geopolitical environment and the challenges – and opportunities – it presents to the insurance world; the “democratic liberal world order,” he said, from which multinational companies, such as Chubb benefit hugely, must be preserved.

“This is a period of uncertainty both economically and geopolitically which can be viewed with optimism and opportunity balanced with caution and concern.

“While deregulation in the US may prompt innovation and growth, social concerns must be addressed to prevent nationalism that might threaten global trade and cooperation.”