Echo Re adds Tim Griffiths as Head of Marine & Energy 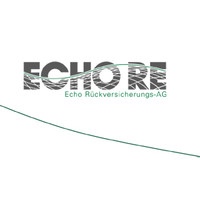 Griffiths brings more than three decades of experience in marine, energy and aviation lines of business to the company.

During his career, he has spent time at the Lloyd’s of London insurance and reinsurance marketplace, Endurance / Sompo International, as well as re/insurance brokers Aon and Guy Carpenter.

In his new role, he will be based in London and will cover the underwriting perimeter of both Echo Re and DEVK Re to develop the marine and energy portfolios.

“We strongly believe that the strengthening of Echo Re Underwriting Team will further enhance our current and future relationship with our partners,” said the company.

FedNat Holding Company estimates that catastrophe weather losses incurred in the third-quarter of 2020 will reduce its net income for...