Emerging markets are the primary drivers of global re/insurance growth, new figures released by EY in its latest market trends report estimate that the average real global re/insurance industry growth rate will increase by 3.7% over 2016 to 2018 – and this growth is being led primarily by booming developing markets. 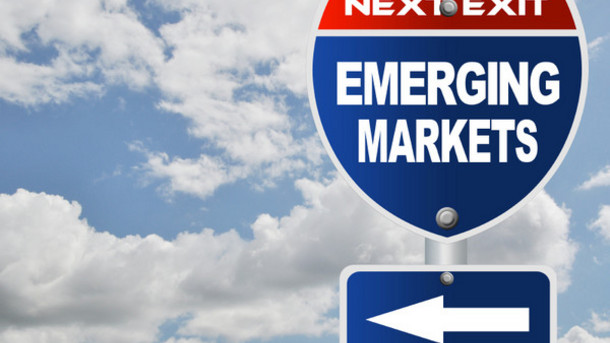 Over the last five years, the share of emerging markets GWP within the global insurance market rose from 15% in 2010 to 18.7%  in 2016, and these markets are set for continued growth, while growth in advanced markets is expected to remain subdued due to macroeconomic conditions, political flux and persistently low-interest rates.

“Emerging markets will remain the growth driver for premiums, with forecasts in non-life business expected to improve to ~6% and an anticipated low double-digit growth in the life business,” said EY analysts.

Emerging Asia is a market that saw a re/insurance boom last year, growing by approximately 20% in 2016, compared with a 13% increase in 2015.

This comes as EY said, other emerging markets saw a “diminished rate of growth, primarily due to uneven economic growth and political flux in several markets.”

As the middle classes grow and life expectancy increases along with the regions’ economic growth, demand for ordinary life and health products have seen a surge, particularly in China, although EY said, other key markets to witness strong growth in this line of business include India, Indonesia, Malaysia and Vietnam.

However, EY cautions, that “growth can be expected to moderate in the near term on account of a gradual shift toward protection-based products (which typically have a lower ticket size), reduced demand for investment-linked products and regulatory actions in several markets (including China (mainland)) to improve sales quality.”

Asia’s advanced markets of Japan, Korea, and Taiwan, differ greatly from emerging Asian markets to offer their own unique blend of opportunities and challenges.

These markets’ unique demographics of low population growth and a high proportion of the population over 65, create a demand for products such as dementia care, infertility treatment and long-term care.

EY analysts commented that “the push toward foreign currency—denominated products by both incumbents and regulators is expected to make this category a growth driver for the future.”

Like the saturated markets of Europe and the U.S., the advanced Asian markets’ domestic players continue to eye international expansion as a key growth strategy where their own market growth has been limited.

However, pockets for re/insurance expansion within advanced Asia are definitely still up for the taking, EY noted that; “despite sluggish economic growth, the non-life sector in advanced Asian markets maintained mid-single digit growth momentum, primarily led by growth in the auto insurance segment.”

And although these emerging markets are helping to buoy the industry up through challenging times of intense competition, insurtech transformation, and growing political protectionism, accessing them has proven to be challenging for foreign insurers, particularly in China, where the government appears to be moving in the direction of increasing regulation to allow domestic firms first picks.

EY also pointed out that accessing the structural growth of these markets can be expensive and tricky for global re/insurers, and “profitability remained a key issue in several markets owing to pricing restrictions, competitive pricing pressures and rising claims (particularly in auto and health).”

However, as these markets grow, large-scale demand for lines of business such as crop insurance and cyber will emerge, and in turn, further grow demand for reinsurance risk transfer.

And, EY said, these emerging markets are seeing a shift in distribution techniques, replacing traditional channels such as agents with direct and online channels, which will reduce cost and efficiency – enabling access to re/insurance penetration where it was previously unattainable.