The General Court of the European Union (EU) has backed the natural disaster reinsurance scheme operated by the state-backed re/insurer Caisse Centrale de Réassurance (CCR), as well as the guarantee granted to CCR by the state in this capacity. 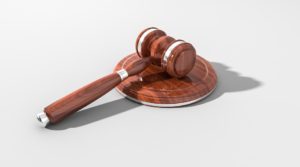 French reinsurance giant SCOR had in 2016 disputed that the state aid granted to CCR was compatible with the internal market.

As of today, the Commission has considered that the granting of this guarantee is indeed compatible with European internal market rules.

In a statement issued today CCR welcomed the decision, stating, “The continuity of this scheme and the legitimacy of CCR’s mission of serving the insureds, the insurers and the State, have hence been confirmed one more time.”

Subsequently, SCOR has reiterated its position concerning the implementation of an alternative natural catastrophe reinsurance scheme in France.

“The General Court considers in particular that it was not up to the Commission to consider whether another scheme could be more efficient economically and less restrictive in terms of competition rules,” read a statement issued by SCOR.

“SCOR would like to point out that today’s decision by the General Court of the European Union only relates to one of the two issues raised by SCOR, relating to CAT NAT reinsurance in France.”

SCOR added that, In the context of the current draft reform of the CAT NAT scheme, it remains open to discussion to participate in the implementation of an alternative reinsurance scheme.

Industry reserves continued to weaken in 2018, according to actuarial analysis by Morgan Stanley, which indicated a $9.8 billion deficiency...