The President and Chief Executive Officer (CEO) of Bermuda-based reinsurer Everest Re, Dominic Addesso, is encouraged by how the reinsurance industry is responding to recent loss activity and trends. 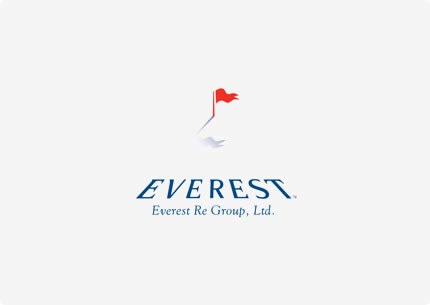 On the back of consecutive years of increased re/insured catastrophe losses, intense competition and significant pressure on rates, first-quarter 2019 commentary from global insurers and reinsurers has started to take a more optimistic and positive tone.

Speaking during Everest Re’s first-quarter 2019 earnings call, President and CEO Addesso said that while it is “by no means a traditional hard market, I am encouraged by how the industry is responding to loss activity and trends.”

Available traditional and alternative reinsurance capital remains plentiful and pressures continue to challenge profitability. Increasingly, however, companies are noting greater market discipline driven by a need to turn the market.

“There is a discipline emerging from both balance sheet and third-party capital for cat-related business. In addition to pricing, improving terms and conditions, which are essentially equivalent to rate improvement, are also gaining traction,” said Addesso.

“Overall, reinsurance market capacity remains tight as both traditional and alternative capital are recalibrating their assumptions on loss costs, exposures, risk assessment and various risk perils, particularly given the amount of catastrophe losses over the last two years.

“And, they are becoming more selective as to who they will back and the terms and conditions with which they deploy capacity, which is a positive step in the evolution of the overall reinsurance market,” he said.

Addesso explained that outside of catastrophe lines there is also renewed disciplined, with much needed rate occurring in challenged business lines, and improvements in classes outside of property, such as commercial auto and professional liability.

“I’m not declaring victory by any stretch, but it is encouraging to see both the primary and reinsurance markets demonstrating a rational response to the issues at hand,” said Addesso.

Many reinsurers described the January 1st, 2019 renewals as disappointing in light of the recent loss activity and muted rate response in 2018 to the events of the previous year. Everest Re reduced some of its exposure at 1/1 where it failed to achieve the level of rate increases that it deemed necessary.

Addesso highlighted a positive April 1st renewal for the firm, including meaningful rate improvements and an increase in its Japanese exposure, a region which the firm had previously reduced its exposure due to falling risk-adjusted pricing.

Looking forward to the key June 1st renewals, which sees loss-affected U.S. business come up for renewal, and Everest Re expects a much stronger response that what was witnessed at 1/1.

Addesso added that while the firm doesn’t predict rates, it thinks it is going to be a “very, very late renewal, potentially messy.”

Flood Re, the UK’s government-backed reinsurance scheme, has partnered with researchers at Lighthill Risk Network, as well as a number...