Everest Reinsurance has named Jiten Voralia as its incoming senior vice president and head of treaty casualty and surety. 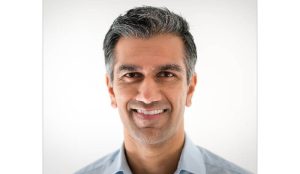 Voralia will begun his new role on 6 June and will report directly to Jill Beggs, head of North America reinsurance.

Beggs said in a statement: “We are thrilled to welcome Jiten to our Everest team. His deep technical actuarial and underwriting background combined with broad experience in the U.S. and globally brings a unique and well-rounded perspective to our treaty casualty and surety portfolio.”

She added: “Jiten’s leadership and skillset will be invaluable in the current environment, helping us to identify and respond to the rapidly evolving needs of our brokers and clients. I look forward to working closely with Jiten as we continue to strengthen our Treaty Casualty & Surety portfolio with new and innovative solutions.”

Voralia will succeed Everest Reinsurance veteran Dennis Alba, who previously announced his retirement after a successful 40-year career in the industry. In his new role, he will drive the development and execution of the underwriting strategy and lead the strategic direction of Everest’s treaty casualty and surety portfolio.

The news follows an announcement in September last year that Beggs was being appointed as senior vice president and head of North America reinsurance.