According to a joint communication from CCR and the French Insurance Federation (FFA), recent flooding in the south east French Alps could cause up to €210 million in insured losses. 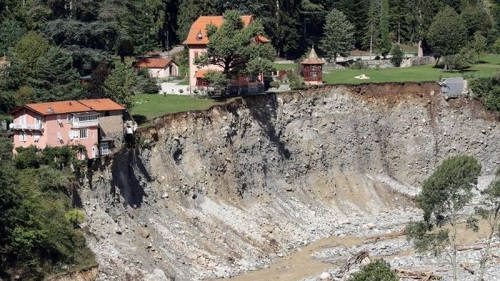 The industry should expect to record a total of 14,000 claims related to the event, the statement said, of which 8,250 claims have already been registered.

CCR and the FFA believe that the €210 million cost will be divided between damage to homes (72%), business and agricultural property (25%) and vehicles (3%).

The estimate does not include damage to public infrastructure that is not insured, they added.

Insurers in France have extended the legal deadline for reporting claims to November 15th to allow affected policyholders more time to submit claims.

Flooding caused major damage across the south of the French Alps, with the Roya, Tinée, Esteron and Vésubie valleys thought to be the worst-hit regions.

Reports suggest that some homes were completely swept away, while landslides also caused serious damage to property and infrastructure and made many roads inaccessbile

The floods were triggered by Storm Alex, which itself caused significant damage in Brittany and on the Atlantic coast mainly due to the wind element.

To date, insurers have registered 39,040 claims related to Alex, and the amount of insured losses is expected to reach €78 million.

The Travelers Companies, Inc. has reported an improved net income of $827 million for the third-quarter of 2020, despite elevated...