An issues brief published by the Insurance Information Institute (Triple-I) has affirmed that the turmoil in Florida’s homeowners insurance market is due to the state’s outsized number of lawsuits and its commonplace fraud schemes. 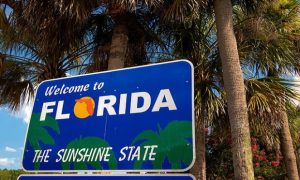 The net underwriting losses for Florida domestic property companies exceeded $1bn in both 2020 and 2020. Triple-I’s issues brief stated that this is leading to insurer insolvencies and rating downgrades.

Insurers who were able to withstand these negative financial trends have reduced their exposure to Florida’s homeowners market by issuing non-renewal notices to existing policyholders or restricting the writing of new business in the state.

Sean Kevelighan, CEO of Triple-I, said, “Floridians are seeing homeowners’ insurance become costlier and scarcer because for years the state has been the home of too much litigation and too many fraudulent roof-replacement schemes.”

Insurers are experiencing net underwriting losses in large part because Florida is the site of 79% of all homeowners insurance lawsuits over claims filed nationwide, while Florida’s homeowners insurers receive only 9% of all U.S. homeowners property insurance claims, according to the National Association of Insurance Commissioners.

Floridians For Lawsuit Reform estimates 130,000 property claim lawsuits will be filed in 2022, largely due to Florida’s favourable litigation environment.

The brief explains that “Florida has one of the most generous attorney-fee mechanisms in the country—sometimes resulting in insurer payment of plaintiff attorney fees far greater than the damage awards given to the policyholders who are the plaintiffs themselves.”

The brief also highlights the steps taken by unethical roofing contractors, who ask homeowners insurance policyholders to sign an assignment of benefits (AOB) forms or direction to pay agreements, giving the contractor the right to collect claim payments directly from the insurer and file a lawsuit without the knowledge or consent of the policyholder.

These lawsuits require insurers to allocate resources to defend themselves in court, with the policyholder often unaware the signed AOB form has set into motion potential litigation.

Citizens Property Insurance Corporation has now surpassed more than 1 million policies, the first time it has been at this level of portfolio exposure, in terms of policy count, since 2013.