International insurer, Generali Group, has announced the signing of an agreement to sell its Colombian business to the Talanx Group for roughly €30 million (roughly US$35mn), and the completed sale of its stake in Aseguradora General S.A. 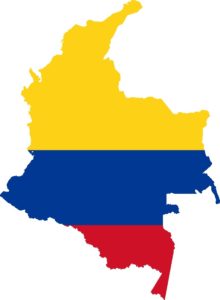 The deal is part of the Italian insurer’s plans to optimise its geographical presence, boost its operational efficiency and better its capital allocation, and remains subject to necessary regulatory approvals.

Frederic de Courtois, Generali Group Chief Executive Officer (CEO) of Global Business Lines & International, said; “These transactions are another step forward in the rebalancing of Generali Group geographical presence across the world. We are making good progress in the rationalisation of our geographical footprint pursuing our strategy to make Generali a simpler and smarter company.”

For Talanx, the acquisition enables the firm to deepen its relationship with, and presence in Latin American markets.

Talanx AG and Talanx International AG CEO, Torsten Leue, said; “The takeover of Generali Colombia is a strategic step for Talanx to tap into the fifth largest Latin American market. For us, this means a further strengthening of the target region. The companies are well positioned and have a strong management that will contribute to the continued growth and success of the Talanx Group. I look forward to working together.”

Generali has also announced that it’s now completed the sale of its share in its Guatemala domiciled subsidiary, Aseguradora General S.A., to long-term local partners, the Neutze family.