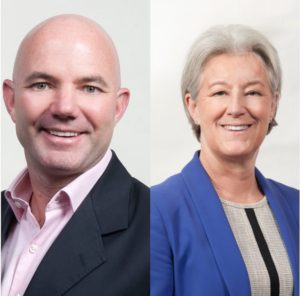 The Bermuda-based insurer and reinsurer announced that Bernhard has responsibility for the development and execution of a risk-based internal audit plan for the company and its subsidiaries, and also heads its Sarbanes-Oxley compliance programme and is in charge of compliance with other regulatory needs.

He joined the firm in 2014 with more than two decades of experience in audit and risk management, and will report to Interim Group Chief Executive Officer (CEO), David Brown.

Davis Johnson joined the re/insurer in 2015, bringing more than 25 years of experience in corporate communications and brand development, and will also report to David Brown.

Brown, commented on the role changes; “As a member of the Hamilton Board since the Company’s formation, I’ve had the pleasure of working with Keith and Wendy since their employment at Hamilton. Like the other members of Hamilton’s executive team, they’re excellent at what they do and are committed to the Company’s growth and development.

“Their expanded roles were approved earlier this year but required ratification by the Board which was given during their quarterly meeting held this week.

“I look forward to working with Keith and Wendy, as well as the other members of the team, as we leverage the significant potential of our partnership with AIG and Two Sigma Insurance Quantified announced last month.”

United more likely to call on reinsurance after $20 million losses

United Insurance Holdings (UPC) has announced second quarter pretax losses of about $20 million, meaning any future losses up to...