As forecast towards the end of last year, aggregate retro capacity was harder to source and more expensive at the 1/1 reinsurance renewals amid reduced appetite for frequency exposure driven by loss impacts.

It’s been widely reported that the retro renewals at Jan 1st, 2022, were some of the most challenging and led to some carriers adjusting their retro books for the year ahead, and this includes large, global reinsurers such as Hannover Re.

In fact, with the exception of a very small increase in the catastrophe swaps that form part of the firm’s retro programme, all of Hannover Re’s core retro protections came in smaller for 2022 when compared with the previous year.

The same is true for the company’s capital markets backed K-Cessions quota share sidecar facility, which declined by 26% to €450 million, compared with €610 million at the Jan 2021 renewals.

The only layer of the retro tower to grow for the year ahead is the catastrophe swaps, which are sized at $43 million for 2022, compared with $41 million for 2021.

The diagram below shows Hannover Re’s retrocessional reinsurance arrangements for 2022: 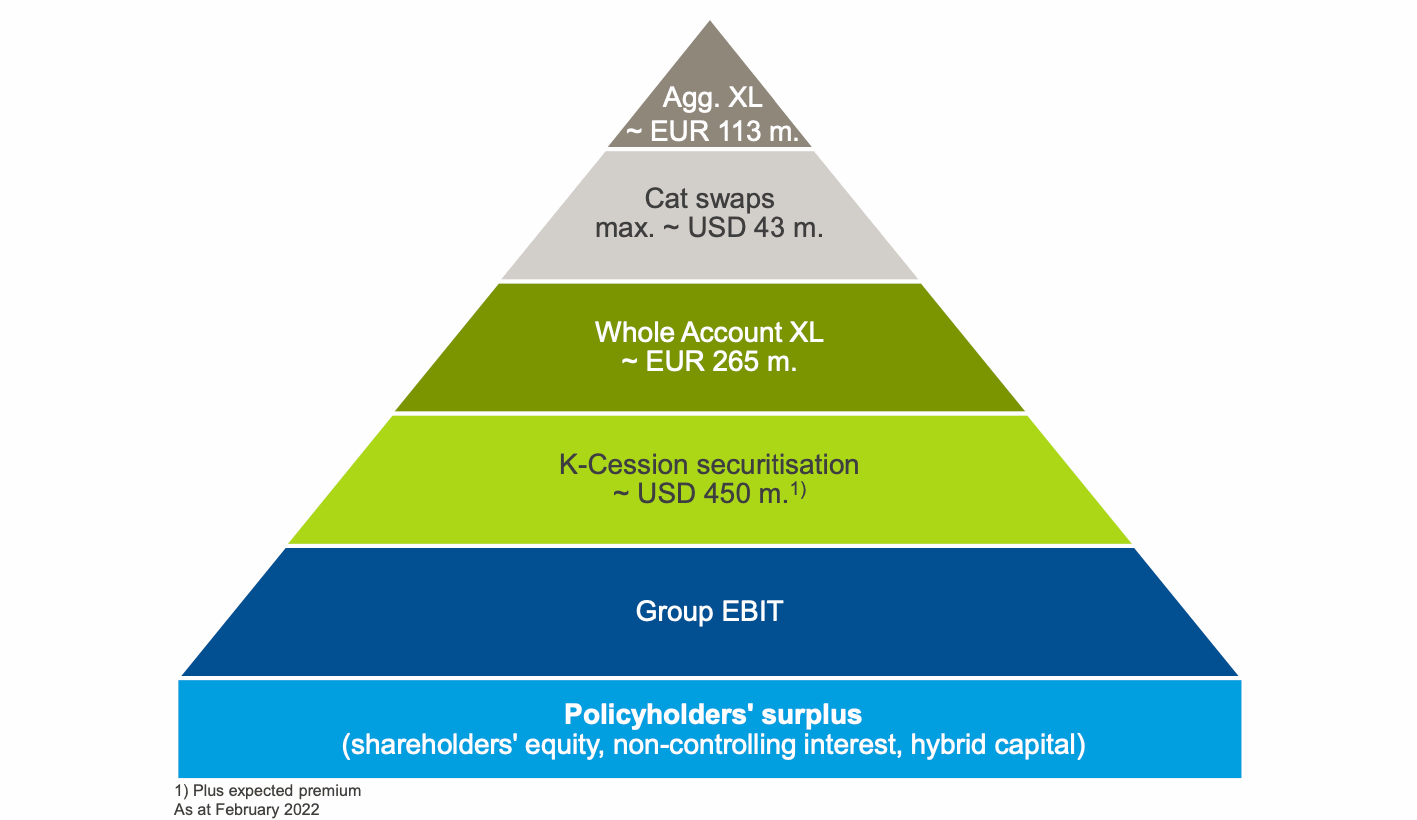 Consecutive years of above-average catastrophe losses and the growing impacts of climate change on the frequency and severity of secondary perils have, as expected, significantly dampened appetite for lower layer XoL retro, and this trend extends to quota shares and the appetite of the insurance-linked securities (ILS) space.

However, a player as large and diversified as Hannover Re is able to reduce the size of core retro protections, subsequently raising its potential net position on natural catastrophe events in particular, when pricing is less favourable.

As the company explained recently, there was “reduced but sufficient retro capacity” for its needs at 1/1, noting that its net risk appetite is still “geared to the desired level with one of the largest retrocession programmes in the market.”

Somewhat offsetting the smaller retro tower for 2022, Hannover Re has increased its major-loss budget by €100 million, although this uplift to €1.4 billion also reflects the expectation of favourable conditions at the upcoming renewals and the fact the firm managed to grow at 1/1.

Despite shrinking its retro cover for 2022 the company has reported growth in its natural catastrophe portfolio of 25% at the recent renewals, suggesting its comfortable potentially retaining more losses. Although, this could change should 2022 turn out to be another high year for natural catastrophes around the world.