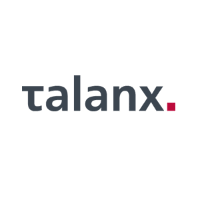 Talanx announced previously that it expects to “exceed the pro-rata large loss budget amounting EUR 818 million for the first nine months of the financial year in the Reinsurance and Industrial Lines divisions,” which it has now confirmed has happened.

Combined with catastrophe losses prior to the third-quarter, Talanx has revealed that after reinsurance and retrocessions for the Group, its nine month large loss burden, overall, will be more than €1.2 billion (US$1.4bn), which is above its budget for the full-year.

Reinsurer Hannover Re is yet to announce its loss estimates for the hurricanes and earthquakes, and while we can’t be certain, it’s likely that the majority of the Talanx loss is related to Hannover Re.

Additional pressure to the performance of Talanx’s Industrial Lines Division in the third-quarter came from an “unusual accumulation of claims burden,” which the firm says was mainly driven by foreign property insurance business.

As a result, the Industrial Lines Division is expected to record a loss of €100 million (US$116mn) for the third-quarter, after tax. However, Talanx says that higher investment income, particularly in reinsurance, combined with the improvement in German retail business, partly offsets these effects.

New York Life appoints Donna Kinnaird to Board of Directors