Hurricane Harvey could slash European reinsurers’ net income by nearly one third with insured losses reaching up to $10-20 billion, or more given the extent of flood damage, analysts predict this could stabilise but not significantly impact the soft market pricing cycle. 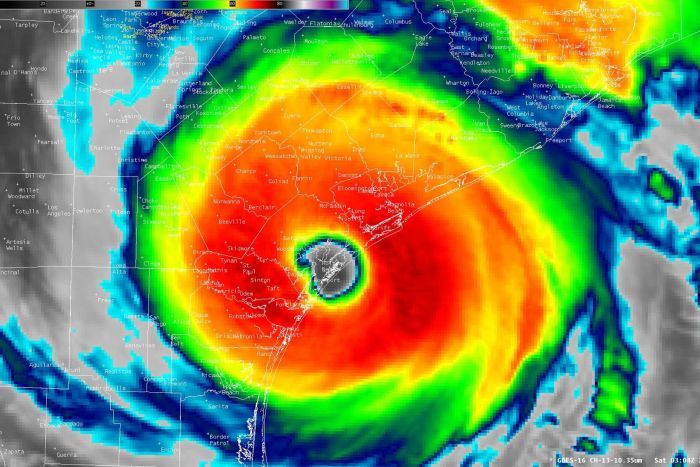 European reinsurers could see a net loss of 27% of net income or around 2% of Solvency II funds, according to Morgan Stanley estimates.

Major insured losses are expected to come from cover for commercial policies which could heavily impact insurers and reinsurers’ budgets.

Homeowners’ insurance does not generally cover flooding – this is provided separately by the U.S. government programme, the National Flood Insurance Programme, (NFIP).

Annual U.S. insured losses from flood events, according to a recent Swiss Re sigma report, reach about $5 billion, and this figure looks set to be exceeded by Harvey alone with the share being passed on to reinsurers likely to be high as many insurers have aggregate excess-of-loss cover.

With the NFIP taking all losses up to $4 billion and transferring just 25% of the next $4 billion to reinsurers, the industry would could face a $1 billion payout if Harvey triggers an $8 billion flood loss, said Peel Hunt analysts.

Given the strong capitalisation in the sector,  no risk to ordinary dividends is likely, however large industry losses of up to $20-30 billion could mean additional capital return plans are placed on hold for European Reinsurers, said Morgan Stanley.

The general consensus is that Harvey is not expected to be significant enough to change the supply/demand imbalance in reinsurance.

However, “it may add further credibility to the argument that pricing is nearing a bottom.

“We believe that one reason that pricing has continued falling is that reinsurers have been persistently over-earning due to below average losses – if this dynamic changes for a year, we believe it will prove helpful to the reinsurers for pricing negotiations,” said Morgan Stanley.

This view is affirmed by industry experts who believe that with reinsurers’ un-utilized H1 natcat budgets, Harvey will likely become an earnings event but no capital event.

Peel Hunt commented that the vulnerable returns Lloyd’s insurers have been generating in the soft market could be exposed as the event starts to eat into CAT budgets.

And if the hurricane season continues to be active, carriers with slim operating margins could see a loss, which would trigger further cutbacks and over time, a stabilisation of the cycle.

Morgan Stanley concluded that while it is too early to gauge ultimate losses, “the industry’s balance sheet is strong, with plenty of excess capital and an influx of alternative capital.

“We think Harvey could help stabilize global reinsurance pricing, but do not expect a major turn in pricing to follow.”