If Hurricane Andrew recurred today expected insured losses would reach $56 billion with nearly 95% coming from Florida properties, costs would ripple up through the industry to hit the alternative capital market with around $6.3 billion losses, according to AIR Worldwide. 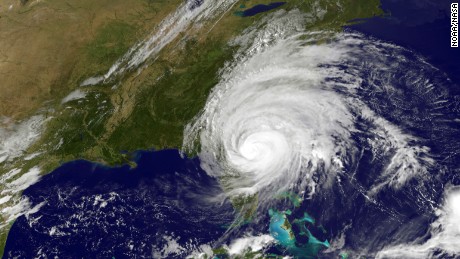 Dr. Peter Sousounis, assistant vice president and director of meteorology at AIR Worldwide, commented; “Category 5 Hurricane Andrew tore into South Florida on August 24, 1992, 17 years after the previous landfall of a major hurricane in that state.

“Andrew killed dozens and caused an estimated $15.5 billion in total insured losses, according to Property Claims Services® (PCS), and resulted in the insolvency of 11 insurance companies.

“The costliest natural disaster in U.S. history at the time, Andrew changed forever how (re)insurers approach hurricane risk management, spurring the growth of the emerging catastrophe modeling industry and ultimately prompting the development of insurance-linked securities.”

A major hurricane striking Miami today would hit the capital market, leaving the catastrophe bond market principal with a $6.3 billion loss from the triggering of 25 catastrophe bonds which would see 38 tranches depleted completely and 47 bearing losses, according to AIR.

In 1992 Hurricane Andrew – the most devastating Florida disaster until that point – struck Florida’s Elliot Key and Homestead Air Force Base after first making landfall in the Bahamas, it then regained intensity over the Gulf of Mexico and damaged or destroyed nearly 90 offshore platforms en route to a third landfall in south-central Louisiana.

Insurance and reinsurance group Brit Ltd. has hired Jonathan Liening from Aspen Insurance to the role of Senior Vice President,...