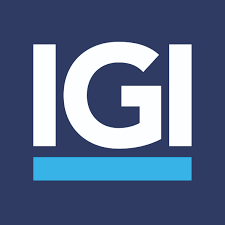 The deal with Tiberius, which completed earlier this week, resulted in the public listing of IGI.

Now, IGI has confirmed that its common shares have begun trading on the Nasdaq under the symbol ‘IGIC’.

“Today is a defining and very exciting moment for IGI. I am very proud to list on Nasdaq as a scaled, well-capitalized specialty commercial insurer positioned to prudently grow and compound tangible book value,” said IGI Chairman and CEO Wasef Jabsheh.

“This milestone is indicative of the successful track record that IGI has built over its 18-year history,” Jabsheh continued. “Formed in late 2001, with operations beginning in 2002, we have become a truly international company with a global platform and infrastructure writing business in over 200 countries and territories.”

“And we have demonstrated our ability to successfully navigate challenging insurance and reinsurance cycles by generating tremendous value for our shareholders and opportunities for our people.”

As a result of the deal with Tiberius, the former Dubai-registered IGI became a wholly-owned subsidiary of the new public company, registered in Bermuda, named IGI Holdings.

The capital will support IGI’s core specialty re/insurance business and position it to take advantage of attractive worldwide market conditions.

Jabsheh added: “This public listing in the United States, the increased shareholder diversification created through our business combination with Tiberius, and a strong majority-independent Board of Directors, will continue to benefit all of our stakeholders and create opportunities to generate the capital necessary for future growth.”

Global insurance and reinsurance broker Willis Towers Watson (WTW) has launched a new community group dedicated to the delivery of...