Insurance Europe is one of a host of companies and organisations that has called for the European Union to help protect all parties from ‘opportunistic litigation’. 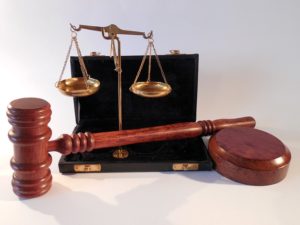 A joint statement from Airlines for Europe (A4E), AmCham EU, BUSINESSEUROPE,  DIGITALEUROPE, DOT Europe, EFPIA, Eurochambres, EuroCommerce, European Banking Federation, European Justice Forum, Insurance Europe, MedTech Europe, and the US Chamber Institute for Legal Reform said that while the EU should work to promote access to justice for all, it should protect all parties from third-party litigation funding (TPLF).

The letter reads: “TPLF allows private financiers, like investment and hedge funds, to sign confidential deals with lawyers or qualified entities to fund lawsuits and arbitration in exchange for a cut of any settlement or judgment/award. TPLF is an estimated €40 to €80 billion market globally. There are more than 100 litigation funders operating in Europe, yet TPLF is largely unregulated in the EU, unlike other financial and legal commercial activities. Private TPLF is not meant to be a public service, and funders can in fact decline to back cases, even meritorious ones, if they do not offer a sufficient financial return.”

It goes on: “The introduction of a profit-motivated third party into the traditional attorney-client relationship presents a host of ethical issues and other public policy considerations. Funders may prioritize their bottom-line interests over the interests of the claimants and can unduly influence the decisions in a case. Funders can also arrange to be paid first and take a disproportionate share of any award, leaving claimants who suffered harm with little or no redress.”

The joint letter goes on to warn that some defendants may be forced to settle unmeritorious cases in order to avoid years of expensive legal bills and reputational risk. It says that while Directive (EU) 2020/1828 on representative actions provided for some rudimentary rules around transparency of funders, these rules will only apply to collective actions brought under this one Directive, and not to any other type of claim or law outside the Directive’s scope, including, in particular, those brought via the claims assignment models being operated in various EU Member States.

The letter concludes: “Access to justice would not be impaired by imposing clear rules to mitigate the risks posed by TPLF investments. European policymakers should not delay addressing this growing financial industry. The European Parliamentary Research Service reports that the TPLF industry grew by 40% in the EU between 2009 and 2019, and is projected to grow even faster this decade, potentially doubling in size over the next five years.”

It finished: “We are therefore supportive of the European Parliament’s legislative own-initiative report on responsible private funding of litigation, which calls on the European Commission to propose sensible safeguards for effective oversight of TPLF in all areas of law and types of litigation.”