US commercial insurance prices grew significantly over the third quarter of 2020, according to Willis Towers Watson (WTW), with carriers reporting aggregate price changes of nearly 10%.

The broker’s Commercial Lines Insurance Pricing Survey (CLIPS) found that price changes for nearly every line were consistent with the increases from the prior quarter.

Comparing prices charged on policies underwritten during Q3 2020 to those charged for the same coverage and quarter in 2019, analysts found that pricing was up almost 10% for the second consecutive quarter. 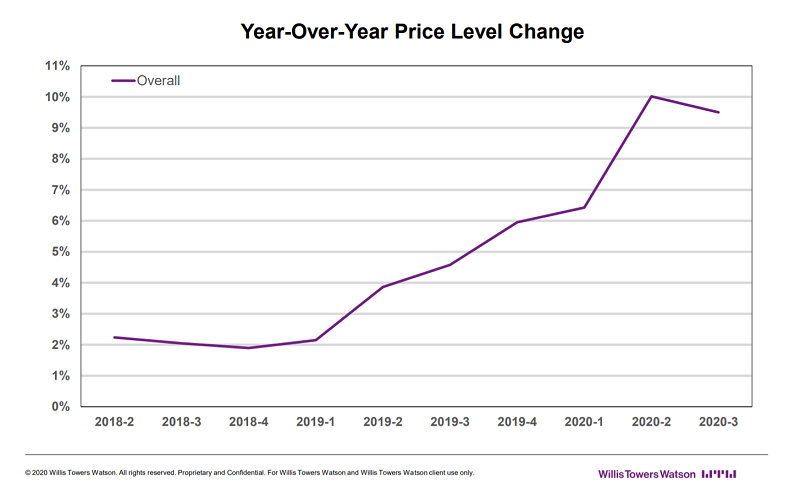 Excess/umbrella and directors’ and officers’ liability insurance reported the largest price increases, and commercial auto showed increases of near or above double digits for the 12th consecutive quarter.

The outlier continues to be workers compensation, which indicated modest price reductions, although WTW noted that they have tempered for the last seven quarters.