Analysts at Jefferies have reported that insured natural catastrophe losses year-to-date are running 103% higher than the long-term average, and are already greater than the full-year claims burden for 2018, 2019 and 2020.

This means losses are more than double what they would usually be at this stage in the year during 2008 to 2020, and more than 90% higher than the average of the previous 10 years. 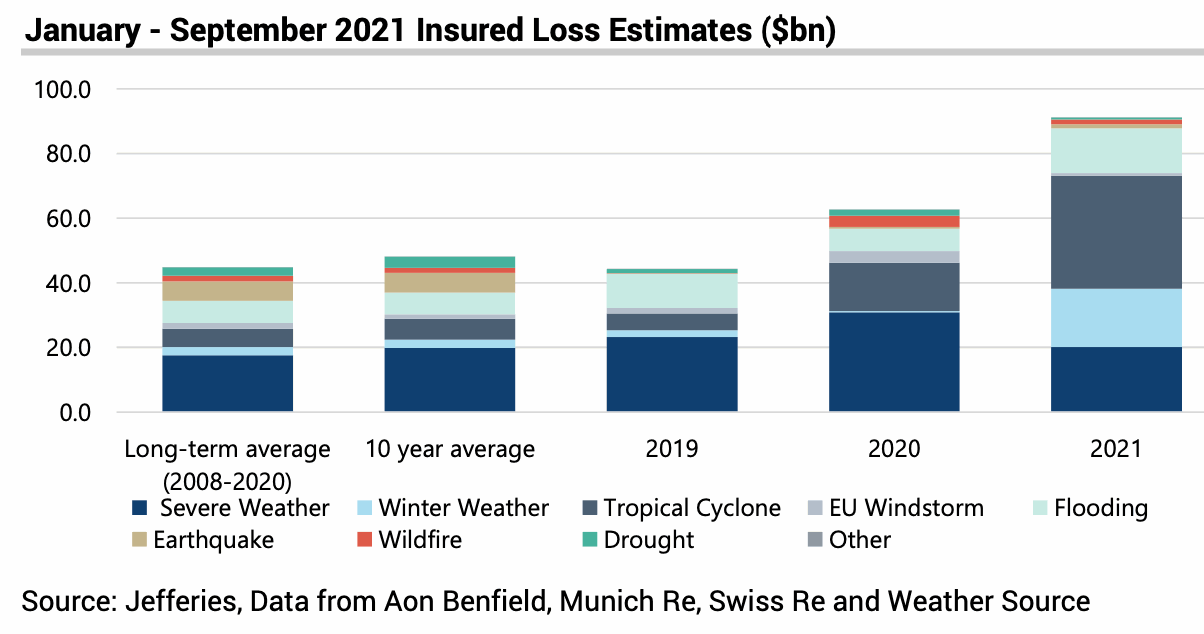 Even excluding Hurricane Ida, Jefferies notes that catastrophe costs are 32% above the long-term average, making it a near certainty that budgets will be exceeded.

Moreover, unlike prior year, natural catastrophe losses are spread across a broader range of perils and regions.

Analysts warn that these above-average losses are putting pressure on the adequacy of corporate natural catastrophe budgets, and they expect reinsurance deductibles to be exceeded in Q3 results due to the impact of large single events such as Ida and the European floods.

With a higher proportion of net losses falling on reinsurers, it’s expected that these losses will drive further rate rises in property excess of loss contracts. 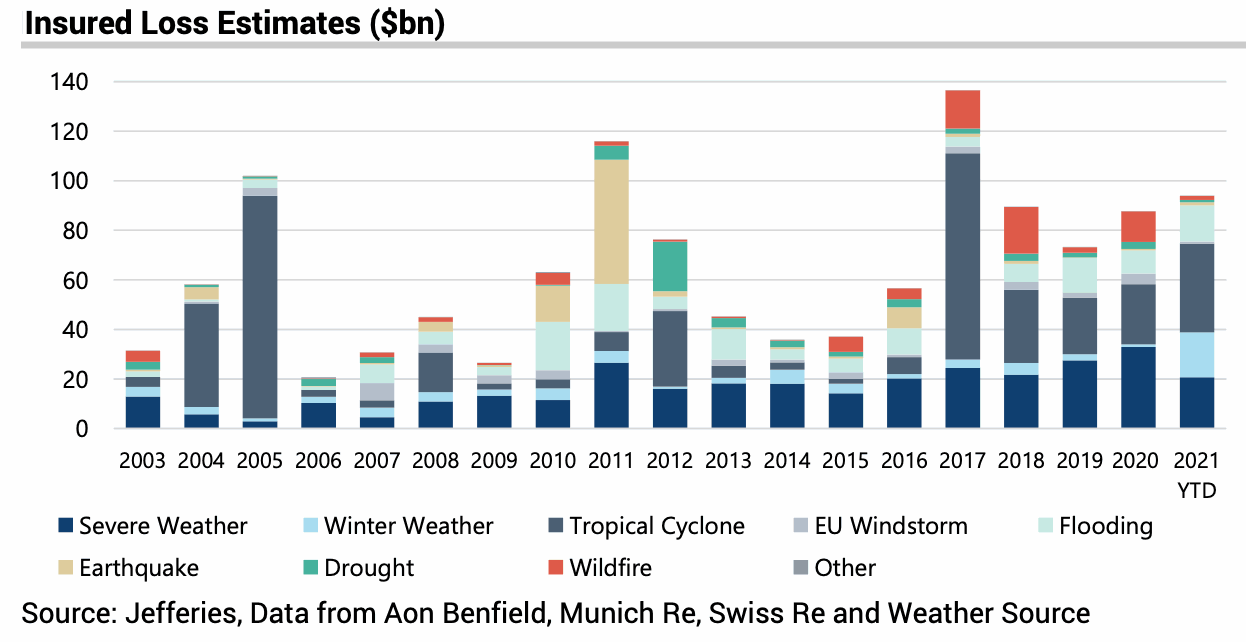 However, September has provided some relief for the industry, as re/insured losses were at their lowest monthly level so far this year, partly due to below average hurricane losses.

While Hurricane Nicholas was a major driver of natural insured losses last month, at an estimated $900 million, tropical cyclone losses were actually lower than they would usually be in September.

Looking ahead through October, the Atlantic windstorm season continues, so Jefferies believes that tropical storm losses in North America should be expected.

Currently, the industry is watching Storm Pamela, which is bearing down on the Pacific coast of Mexico, and which could cause additional flooding claims in Texas.

Analysts at investment bank Berenberg have reduced its 2021 earnings per share (EPS) estimates by 20% as they expect catastrophe...