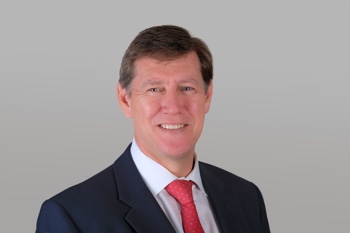 Clementi has served as the company’s CEO for the past four years, but is scheduled to leave his post on October 31st, 2020 in order to pursue other opportunities outside of MS Amlin.

He will remain with the re/insurer through the end of the year in order to ensure a smooth transition and regulatory handover. Clementi initially joined the company in 2007 and has held numerous leadership roles across the group of companies over the past ten years, culminating in serving as CEO from late 2016.

Slabbert joined MS Amlin in May as a Non-Executive Director and Chairman of the Board. As part of his transition to CEO, he will step down from his position as Chairman. In the interim, Martin Hudson, currently a Non-Executive Director for MS AUL and Chair of the Underwriting Oversight Committee, will act as Chairman, subject to regulatory approval.

During his career, Slabbert has held numerous CEO and Chief Financial Officer (CFO) roles, and brings more than 20 years of leadership experience in the global re/insurance market to the firm. His career started with AIG before he joined Chaucer Limited as CFO, where he also worked as CEO for two years, and served as Operating Partner and CEO of Augustus Specialty LLC.

During his time with AIG, he spent six years in Japan and has been working within the MSI group for some time in his role as Chairman of Mitsui Sumitomo Insurance Company (Europe) Ltd, a role he has held since 2017.

Tamaki Kawate, Director & Senior Executive Officer at Mitsui Sumitomo Insurance Company Limited, commented: “We would like to take this opportunity to express our sincere thanks to Tom, who has played a vital role as CEO in transforming and reshaping the business in challenging circumstances and laying the foundations for MS AUL’s future success. Since joining MS Amlin in 2007, Tom has undertaken a number of leadership roles, latterly for MS AUL, which he leaves well positioned for the next phase of its strategic development as well as for future growth. We are immensely grateful for the dedication, expertise and leadership he has demonstrated throughout the years and wish Tom every success in his next endeavour.”

Adding: “With the foundations in place for us to build a world-class (re) insurance business in MS AUL, we are pleased that Johan has agreed to become CEO. Johan is a recognised leader in the insurance sector with rich international experience and a strong track record of successfully managing and delivering growth for high-profile businesses, including Mitsui Sumitomo Insurance Company (Europe), Limited. His industry experience, expertise and strong leadership capabilities will be integral to supporting the business as it builds a modern, relevant, profitable and client-focused business specialising in complex specialty and reinsurance risks.”