Legislation has been introduced that would exempt certain policies issued by Puerto Rico insurers from the foreign insurer excise tax. 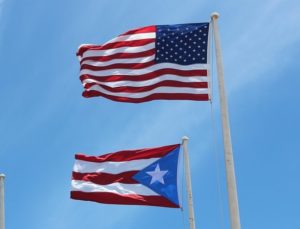 The bill, introduced by Puerto Rico’s resident commissioner in Washington, D.C., Jenniffer González and other lawmakers, is titled ‘Puerto Rico Insurance Excise Tax Exemption of 2019, House Bill 1483’ and was filed on March 4.

It would exempt certain insurance plans underwritten by insurers formed in US territories from the federal excise tax (FET).

Insurers in Puerto Rico currently pay an excise tax imposed by Section 4371 of the US Internal Revenue Code.

However, they are covered by the same federal laws and regulations as stateside insurance companies.

The tax puts Puerto Rico’s re/insurers at a disadvantage to cover risks in the US.

“While the Code exempts states and U.S. territories from the excise tax, the IRS considers Puerto Rico a U.S. possession and not a territory,” González’s office explained in a release.

“This bill seeks to correct the treatment that is given to Puerto Rico under U.S. tax laws. It is highly improbable for the FET to have as a goal to put Puerto Rico at a disadvantage.”

London-based insurtech Concirrus has added former President of the International Union of Marine Insurance, Dieter Berg, to its Board as...