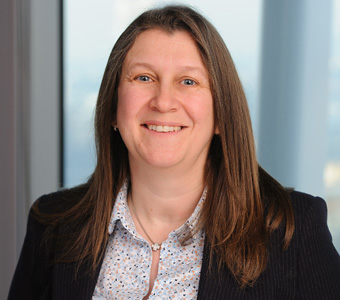 O’Neill previously served as Head of Professional Lines at the company and takes up her new role with immediate effect.

She takes over as CUO of Commercial from Alan Telford, who is retiring after 19 years of service at Liberty. O’Neill brings more than three decades of London market experience to the role, having started her career in 1989 for brokerage Nelson, Hurst & Marsh, which became part of Lockton.

O’Neill then transitioned to Brit Insurance in 1994 as Professional Indemnity Underwriter, before leaving the firm in 2003 to assume the role of Senior Underwriter for Liberty Mutual Insurance Europe, which is now part of Liberty Specialty Markets.

Phil Hobbs, Deputy Managing Director, Liberty Specialty Markets, commented: “Mel’s appointment shows the calibre of our home-grown talent. She has been instrumental in delivering our strategy and demonstrating our values. She brings a huge supply of energy, ideas and leadership skill to the role of CUO. Her in-depth knowledge, experience and a straight-forward, collaborative style make her a very welcome addition to our Senior Leadership Team.

“I’d also like to thank Alan Telford for his service and the commitment he’s shown to Liberty over the years. Mel will work closely with Alan to transition into her new role.”

Covid-19 will wipe $3 trillion from global trade in 2020 compared with 2019 levels, according to analysis conducted by Russell...