International provider of specialty and commercial insurance and reinsurance solutions, Liberty Specialty Markets (LSM), has selected Luxembourg as the home of its post-Brexit European operations, the company has announced. 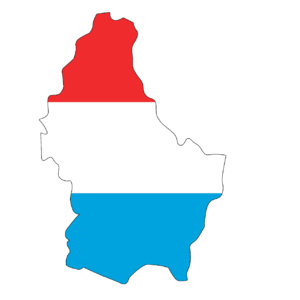 The firm has said that after conducting thorough analysis of a number of potential jurisdictions, it will seek the necessary regulatory approvals to operate an insurance entity and insurance intermediary headquartered in Luxembourg.

The company said that its intentions to launch its post-Brexit EU headquarters in Luxembourg is aimed at ensuring its post-Brexit structure “complements its European strategy,” and the establishment of an insurer and an insurance intermediary will enable LSM to maintain its offerings of Lloyd’s of London and Company paper from its branches across the EU, and Switzerland.

The firm has said that it plans to keep its London headquarters, and will continue to explore potential structures for its new EU base, with a further announcement expected later in 2017.

Commenting on the news, LSM President and Managing Director, Nick Metcalf, said; “We have ambitious plans for growing the business that we do within and from the EU, and Luxembourg best fits the design principles we set ourselves to best position our post-Brexit structure. It is important to us to locate ourselves in a robust regulatory environment, and Luxembourg offers us exactly that. The regulator is well-respected, pragmatic, and insurance-specific and so understands the market very well.

“Our primary objective was to minimise disruption to our clients and policyholders and employees, and I hope to be able to demonstrate how we have achieved that, when we set out how our new structure will work after the summer. For our clients it will be very much business-as-usual. Europe is a key market for us and we are working towards expanding our capabilities and product offering in Europe over the coming months and years.”

Insurer and reinsurer Hiscox announced earlier in 2017 that as part of its post-Brexit restructuring efforts it would be establishing a new EU subsidiary in Luxembourg, as did commercial property insurer FM Global.

A number of insurers and reinsurers have discussed setting up a new EU subsidiary in a post-Brexit world, amidst uncertainties surrounding regulation and passporting rights when the UK officially leaves the Europe Union.

Speaking to the Association of British Insurers, UK Economic Secretary Stephen Barclay said in Brexit negotiations the government would prioritise...