The Lloyd’s of London insurance and reinsurance market is gearing up to provide coverage for shipments of grain coming out of war-torn Ukraine, Chairman Bruce Carnegie-Brown has said. 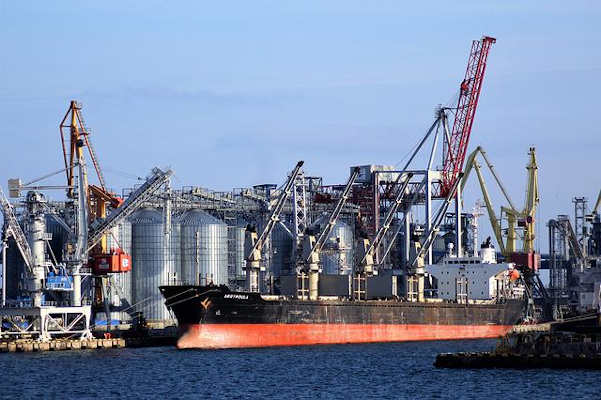 Carnegie-Brown told Reuters that preparations were underway among Lloyd’s insurers and brokers after Russia and Ukraine agreed to allow the safe transport of grain and fertiliser through the Black Sea corridor.

The deal, which was signed last week with support from Turkey and the United Nations, aims to ease the threat of an international food crisis as the conflict in Ukraine drags on.

And now, it’s emerged that the Lloyd’s market will help to further facilitate the arrangement by providing coverage for ships transporting these goods, with Carnegie-Brown assuring that the necessary insurance products will be confirmed imminently.

“Following the agreement between Russia and Ukraine on the export of grain, we’re working quite hard with market participants to make sure we can develop policies that can support it,” the Lloyd’s Chairman told Reuters.

“We are expecting to see the announcement from brokers and underwriters of some products that will support this in the next few days.”

However, provision of insurance – as well as the overall export agreement – is still in danger of falling through due to Russia’s continued aggression in Ukraine.

Already, key areas of the Black Sea shipping route are littered with Russia mines, and the Russian military has continued to bombard the port city of Odesa even after signing the grain deal.

For now, there is clearly still appetite among insurers to underwrite ships navigating this route under the right conditions, but it remains to be seen exactly how much additional risk the Lloyd’s market would be prepared to stomach.

Premiums for ships operating in the Black Sea area are now many times higher than they were prior to the outbreak of war, with some estimates suggesting that premiums have risen from an average of 0.025% of the value of each vessel, to around 5%.

Lloyd’s bosses have previously assured that all loss scenarios from the Russia-Ukraine conflict will be manageable for both the corporation and individual syndicates, despite the likelihood of signficant losses in some lines.