Lloyd’s needs to raise its profile to be a market for the future: Cavanagh

The growth of insurance and reinsurance centres around the world, the consolidation of the broker community, and challenging market conditions have created an increasingly competitive operating landscape, driving a need for the Lloyd’s of London marketplace to raise its profile, warns Willis Re Chief Executive Officer (CEO), John Cavanagh. 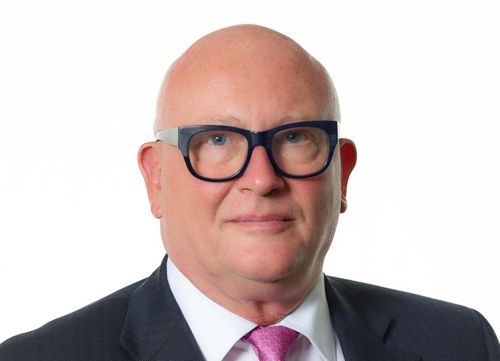 International ratings agency A.M. Best recently highlighted the views of Cavanagh, expressed at the national conference of the Association of Lloyd’s Members, of which Cavanagh himself is a member, in an industry note.

Some thirty years ago, explained Cavanagh, Lloyd’s was the only structured insurance market in the world, but regulatory advances in other parts of the world and large catastrophe events, such as Hurricane Andrew, resulted in the emergence of other insurance and reinsurance markets.

The emergence of other re/insurance hubs means Lloyd’s has lost much of its distinctiveness, said Cavanagh, calling for “much more dedication to Lloyd’s if Lloyd’s is really going to be a market for the future.”

Cavanagh highlighted that Lloyd’s now has a presence in Singapore with the establishment of a platform, which it also has in India following regulatory changes in the region, but called for the Lloyd’s marketplace to cement itself in other centres around the world.

Without the establishment of a Lloyd’s platform in other centres Cavanagh fears the market will be too dependent on wholesale business coming over to London, which he struggles to see as having a future in today’s market environment.

Events such as hurricane Andrew “really knocked Lloyd’s sideways” explained Cavanagh, and where the market was unable to take advantage of the hardening of the catastrophe market, Bermuda stepped in a responded well.

Costs are also a hindrance to the Lloyd’s market, and Cavanagh underlined the need for the marketplace to reduce costs in order to remain attractive.

The fact Lloyd’s still doesn’t have admitted access to all 50 U.S. states is also a hindrance, and Cavanagh underlined that despite the U.S. remaining Willis Re’s largest market by some way, without the establishment of an admitted Lloyd’s U.S. carrier “we’re at a distinct disadvantage.”

The consolidation of the broker community into three large, global players, being Willis Re, Aon Benfield, and Guy Carpenter, has resulted in a situation where brokers are now more unsure about where to place business, explained Cavanagh.

“We all have a personal affection towards Lloyd’s, but we have to do what’s best for our client,” said Cavanagh.

He continued to explain that roughly 18% of Lloyd’s Syndicates by number have a single Lloyd’s dedicated distribution channel, with the other 82% of the marketplace having ties to global insurers.

Profitability in global reinsurance markets remains challenging as low interest rates, benign loss activity and ample capacity persists, with Lloyd’s of London being no exception. Return on equity (ROE) in the reinsurance sector fell to 8% in 2016, and Cavanagh warned that absent “one or two big cat losses” it’s simply “the way the market’s moving.”

“Today you can write 80 cents of premium to US$1 of capital. So the days of 15% ROE targets are long gone,” said Cavanagh.

The rise of alternative reinsurance capital is another important element of today’s reinsurance market, and Cavanagh feels it’s here to stay, and has “no respect for market order.”

Lloyd’s is in the process of establishing itself as a global insurance-linked securities (ILS), or alternative reinsurance capital hub, which, alongside innovation could help the market raise its profile and remain a competitive and important global center for insurance and reinsurance business.

Furthermore, with all the uncertainty that Brexit brings with regulation and passporting rights, it’s more important than ever that Lloyd’s raises its profile and looks to innovate in order to remain a global insurance and reinsurance market hub.