Markel posted a 13% decrease in earned premiums and a combined ratio of 115% for its reinsurance business during the third quarter of 2018 despite relatively low catastrophe losses. 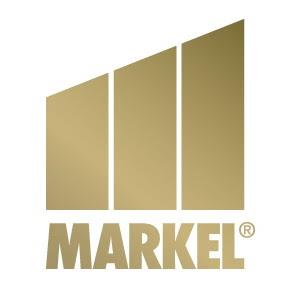 This resulted in an overall loss of $33.7 million for the reinsurance business, although the company still turned an underwriting profit overall thanks to its primary business, which made $42.4 million at a combined ratio of 96%.

The results compare with a combined ratio of 183% for the reinsurance segment for the same period last year, with lower cat losses driving a 68-point decrease.

“Even with lower catastrophe losses this year, 2018 is still shaping up to be another unprofitable year for most property writers. And this is due to poor attritional results,” Whitt said during a Q3 earnings call.

The year-to-date combined ratio for Markel’s reinsurance segment was 100%, compared to 135% last year, with the improvement once again driven by lower cat losses.

“2018 at least to this point has not been a particularly heavy cat year,” Whitt continued. “In fact, it probably would be little bit below average at this point, and yet I would suggest most people are probably very disappointed with the property results. We continue to push for rates where needed and have shared business we believe do not meet our profitability goals.”

Whitt noted that Markel continues to achieve modest-single digit rate increases in many of its lines of business despite ongoing market competition, and said that it would be “interesting to see if this year’s catastrophe losses have any impact on the rating environment.”

Gross written premiums were up by $4 million for Markel’s reinsurance segment at Q3 2018 – or by 2% when compared to the same period in 2017 – which it attributed to higher premium volumes in its general liability product line due to the timing of renewals on multi-year contracts.

On a year-to-date basis, writings were down $90 million, or 9%, driven by a large specialty quota share entered into during Q1 2017 that did not renew in 2018, along with a decrease in property lines due primarily to non-renewals.

“As mentioned in previous quarters, significant volatility in gross written premium volume can be expected in our Reinsurance segment, due to individually significant deals and timing of renewals on multi-year contracts,” said Whitt

Commenting on the higher attritional losses in reinsurance, he added: “I think some of that’s mix … We’ve been shrinking property business just given kind of the rate environment this year, and we’ve actually been growing some in professional and general liability.

“And those two would carry a higher loss ratio than the property loss ratio. So, I think most of that would be mix. And if we continue kind of on that path, which at least at the moment, I think is probably the path we would be on, yes, we’d probably be a little bit higher in terms of the attritional.”