Markel Corporation has announced that long-standing Vice Chairman, Michael Crowley, is set to retire on December 31st, 2017 and is to transition to a role as company advisor. 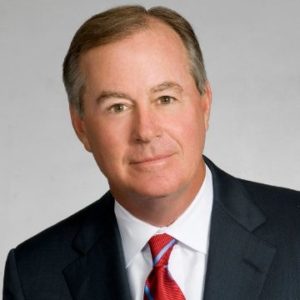 Throughout 2018 Crowley will transfer responsibilities and key relationships before moving to company consultant in 2019.

Alan Kirshner, the Company’s Executive Chairman and Chairman of the Board, said; “Markel is so fortunate to have benefited from Mike’s industry knowledge, managerial experience, and relationships throughout the insurance industry. He truly has contributed much to Markel’s success. We wish him the best in his retirement.”

Prior to being named Vice Chairman in 2016, Crowley had served as President and Co-Chief Operating Officer of Markel  from May 2010 to December 2015, where he led Markel’s U.S. Wholesale and Specialty insurance operations, Global Insurance, Product Line Group, Human Resources, and Corporate Marketing.

He first joined Markel in February 2009 as President of Markel Specialty, after serving as President of Willis/HRH North America and as President and Chief Operating Officer of Hilb, Rogal & Hobbs, which was acquired by Willis in 2008.

Bermuda-based global reinsurance firm Everest Re has signed up to adopt the Xuber for Reinsurers platform for all of its...