Analysts at JMP Securities believe Q3 earnings will be highlighted by a modestly high level of catastrophe losses and a slightly positive mark-to-market impact. 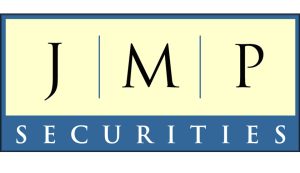 While these are the items that will likely be featured in earnings, JMP thinks much of investors’ focus will be on the sustainability of recent modest pricing upside in commercial and personal insurance lines, the impact of recent interest rate increases, as well as potential exposures and market impacts from Hurricanes Florence and Michael.

JMP estimates an average book value movement in Q318 – for its coverage universe – of +2.6%, with Kemper and Atlas Financial at the high end, and Maiden Holdings and Travelers at the low end.

However, Japan loss events could surprise the market. The Japanese market has taken more than its fair share of catastrophe events this year says JMP, including torrential rainfalls, earthquakes, and typhoons.

While excess of loss catastrophe treaties might see their first layers impacted from typhoon Jebi, JMP does not expect it to be a major event for reinsurers.

However, analysts believe the catastrophe aggregate programs that the big three domestic insurers purchase could be more heavily impacted following the string of events.

The big direct reinsurers – Swiss Re and Munich Re – have historically had significant shares of these treaties; however, JMP understands that, today, Swiss Re has significantly more share than its peer Munich Re; as Munich Re reacted to the 2011 Tohoku earthquake too aggressively and lost significant share as a result.

On October 12, as the most powerful hurricane to hit the U.S in 27 years exited the country and dissipated...