Munich Re has no ambition to shrink capacity: Jeworrek

Munich Re has no ambition to shrink its capacity on offer at the upcoming January 2022 renewals, according to Torsten Jeworrek, CEO of Reinsurance and a member of the Board of Management at the German reinsurance giant. 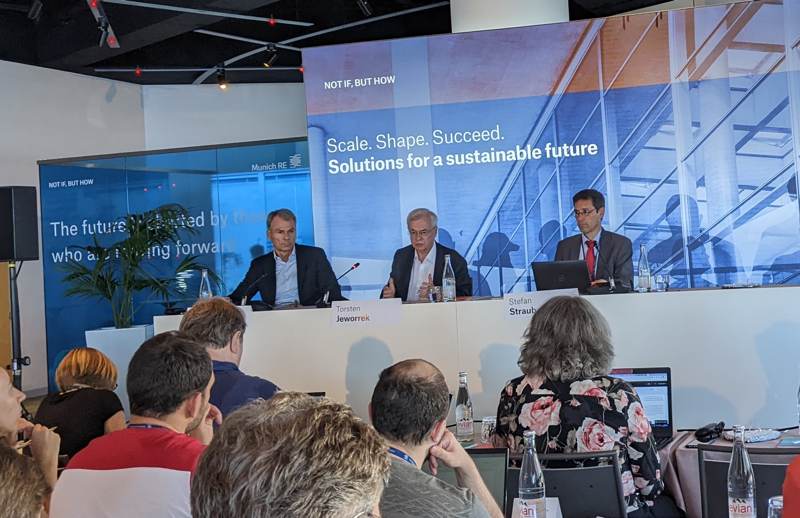 Speaking during a press briefing at this year’s RVS event in Monte Carlo, Jeworrek addressed the challenges facing Munich Re and the wider reinsurance market as it heads into the critical 1/1 renewal period.

In particular, Munich Re’s leadership flagged the “highly uncertain” market environment that has been caused by macroeconomic factors such as inflation, as well as the growing demand for reinsurance capacity during this volatile period.

Jeworrek told attendees at the briefing that the market has to remain disciplined despite an inevitable uptick in premium volume due to inflation.

“Pricing wise, we have to remain absolutely disciplined and only sell capacity where really prudent assumptions in inflation and loss expectations can be translated into business terms,” he stressed.

However, at the same time, Jeworrek said that Munich Re has “the ambition and the will” for its capacity to remain unchanged at renewal, arguing instead that the company’s “financial ability” will enable it to select risks more shrewdly.

“We have no ambition to shrink it and will not announce it,” Jeworrek remarked.

“However, this is under the assumption that the pricing is really prudent and conservative,” he added. “Under these assumptions we are willing to sell. And with this perspective, taking everything into consideration regarding pricing conditions and underwriting … we are able to provide the same capacity and same reinsurance protection for our clients. We want to remain a very reliable partner on the basis of very good underwriting.”

Jeworrek explained that maintaining its capacity supply would require Munich Re to factor “sufficient and reasonable conservatism” into its pricing, that allows for sector specific inflation assumptions across different countries.

With more than 60% of the reinsurer’s treaty reinsurance up for renewal in terms of premium, the January period will be key for Munich Re in fixing its rates at an adequate level to account for the headwinds facing the sector next year, he added.

“Inflation assumptions and pricing have to be prudent enough to anticipate further deterioration of inflation in the coming months and in the coming years after the renewal is fixed,” Jeworrek concluded. “And therefore this renewal is really so challenging.”